We all love science fiction movies. But some sci-fi movies seem realistic. We often watch these movies more than once. However, many such fantasies may be realized soon, which is now only possible to show in the movie. But that day will not be so much emphasis on them. Because then they will be within the reach of the people. Today we are going to talk about some of the movies that have been made a reality. And a fantastic plot has been created by mixing some imagination.

The time is 1984. The city of Los Angeles. Terminator arrives here in 2029. He looks like a human being. But actually he is not a human being. He is a machine or a robot. He is followed by a man named Kyle Reese. When the Terminator arrived here, he had no clothes to wear. The Terminator first arrives, killing a few people and snatching clothing. Kyle also arrived naked. He snatched an alcoholic’s pants. They both enter separate telephone booths and find out the name Connor Sarah. Three Connor Sarah were found there. They tore up the page and took it with them. Terminator kills the first two Connor Sarah one by one. However, the next Connor kills Sarah and Kyle arrives to save her. This is followed by a conversation between Connor Sarah and Kyle, who both try to escape from the Terminator. In this way, Kyle’s fight to save Connor Sarah is revealed in the movie, which thrills the audience.

Twenty-one century. The world is full of garbage, rubbish, and industrial waste. In the five-year plan, people were out with spaceships. At that time, only robots were responsible for clearing the earth of debris. But this five-year plan failed. As a result, humans remained in space for up to 700 years. Some changes in their physical and temperament were noticed during their stay here. As they have become completely dependent on robots. They do not do any exercise. Now they just look at a screen and instruct the robot. Meanwhile, there is only one surviving robot in the world whose name is Wall-E, the movie’s main character. It lives alone on the Earth. He has developed an emotion in himself so far. He likes to collect different things. A robot named EVE came to Earth from space. He left with a small plant in Wall-E’s collection. Attracted by it, the attracted Wall-E arrives in space. Then the interesting story became more interesting.

The time is 2067, the world has gradually become uninhabitable. The soil has lost its fertility. Gradually, all crops, such as rice, wheat, etc., became extinct. At present, it is only possible to cultivate maize. Even after a while, it may not be possible to cultivate. The level of pollution in the air has increased drastically. Now it seems to be common for big and small dust storms to arise. The whole world is suffering from a food crisis. The government is struggling to put food in people’s mouths. In such a situation, it is not possible to run a space agency like NASA. Because these are very expensive. Joseph Cooper worked at NASA. His job is gone, he is currently farming. Joseph’s daughter Murphy Cooper used to tell her father about the occasional spooky activity that took place in the house. Joseph solves the dust code one day and arrives at NASA’s current secret building. And from there he decides to fly into space. Because we have to find a place to save the people of the world. After that, the story became very interesting by mixing science and mystery by visiting one planet after another.

Jack Harper is heard to say that aliens invaded the earth 60 years ago today. These aliens are called scavengers. They destroy the moon. This caused earthquakes and tsunamis in the world. The scavengers sent a team to Earth to kill people. They had a terrible war with the people. People used atomic bombs to save themselves. People won this war. But the earth was no longer habitable. Titan is the largest moon on Saturn, where humans have settled. Earth is currently controlled from a space station outside the Earth. There are two people in the world now, one is Jack and the other is Victoria. The year is now 2077. Jack often felt something abrupt about this world. But he couldn’t remember anything. But one day something happened to him that made him remember everything. He came out to save the earth and the people. Which makes the story very exciting. 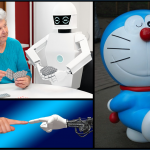 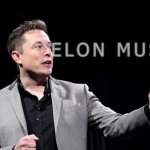