Iron Man is one of the favorite movies of today’s young generation. The reason why it is widely accepted by people of different tests is that science and technology are mentioned here. Marvel has many series and movies that try to show something miraculous. Also in the series called Flash, there are some weird things in the name of science. But the case of Iron Man is completely different. Iron Armour’s concept has already been created and maybe in the future, we can watch it. Speaking of Jarvis, it’s much easier to achieve in the future. Because it will be created virtually.

Already mankind has come a long way, where they have made advanced virtual assistants, respectively. However, it is not yet as capable as shown in the movie. However, it is also capable of being created by programmers and coders in the near future. Today we are going to discuss the big technology shown in Iron Man i.e. Iron Man one movie. It is Artificial Intelligence, named after Jarvis, who was Tony Stark’s virtual personal assistant. At this point, some of the technology exists today. If made available to everyone, how will it affect personal life?

The virtual assistant shown in the movie was able to do many advanced level work on his own. Jarvis can also able to give commands to other AI. Jarvis also able to take access to a variety of things. It was capable of coding. It has also been seen in movies to do and prevent various hacking activities. Later, when Tony Stark created Vision, he mixed Jarvis with Mysterious Stone. So he needed a new artificial intelligence which was Friday. But this is a different matter.

Although Virtual Assistant is very advanced now, it has not been able to be so advanced. It just works according to the command. The ordering system has not yet been developed. It is currently accessible to do all of the work between specific devices. It will not be able to access other devices. Or if it is given access, the other device can access it. Not capable of coding or hacking by itself. Current virtual assistants often make the mistake of not being able to speak properly. But it is slowly being proper.

Attempts are now being made to use artificial intelligence to look after the house, to cleaning, to wash the dishes, to cooking, and so on. Although it has proven to be very effective at the industrial level, it is not yet possible to use it in such a way at home. However, in the near future, it will reduce a lot of human labor. And gradually it will be able to take the place of the ordinary servant at a very low cost. 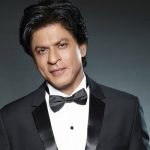 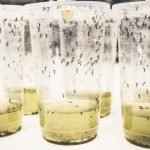