A few days ago, a lot of news came out about sex dolls. Men can only use these. For the time being, there are no such pleasurable things for girls. But why only for men? This is because the shape of the feminine shape is much easier and the marketing demand is higher for boys. However, companies are not less interested in capturing the market for girls. And for this reason, along with many other things, different companies are trying to make automatic sex robots. Which is one hundred percent you can spend time like your partner at least during sex.

Many people actually like to be alone. Just as they don’t like socializing very much, they don’t like to go far away without need. If a robot comes to them that is capable of fulfilling their sexual needs and is automated naturally with them, then they will have no paucity.

There are many people who are not able to get married or get involved in a relationship at the moment. This may be because they are students, have got a new job, are thinking about their own career, even those whose worldly life is not happy. They will benefit the most from it.

Sexual desire plays the biggest role in building relationships in youth. If sexual arousal can be calmed in any way, many people will refrain from getting married or re-engaging. Birth control is largely possible through this. Usually, all the families try to settle the big to big quarrels. However, for couples who lack peace of mind, only sexual peace of mind can be obtained from here.

Contraceptives are currently a large commercial product. It has helped people in many ways. But in the case of a robot partner, it will never be needed. Depending on the time, environment, situation, etc., establishing a relationship with a person where a lot can seem distasteful and annoying. There, a lifeless living machine can become the greatest companion of a particular time.

We know that when the demand for something in the market increases, the competition starts with it. As a result, companies try to provide good quality products for less money for the sake of business. If its circulation increases, more new work will start on it. As a result, in a few decades, it will be like the mobiles and laptops in our hands. And the biggest thing is that when the mobile was first invented, it was just a luxury item. But today, mobile phones have come into everyone’s hands. Many use more than one mobile phone. Similarly, when a sex doll comes on the market, it will be the entertainment of the rich first. Maybe it will cost too much. But gradually it will try to come within the reach of the middle class. Because the profit is the highest here. This may result in the gradual invention of a robot that can be directly referred to as a boyfriend or girlfriend. Just as they will be able to keep a good mind by speaking according to their mental situation, they will also be able to fulfill their sexual needs. 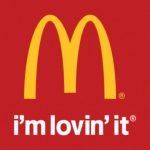