In the previous, some decades technology has huge upgraded. But the benefit of technology upgrading can hit some traditional employment. In the following points tried to discuss it simply.

Currently, the driverless car is already on the road. Arriving with auto-driving technology, these cars are environmentally friendly. Because, it is battery-powered. Modern society is trying to put more emphasis on this. For some reason, in the coming years, people will run out of minerals, including petroleum. At that time, one of the means of maintaining the speed of human life was the use of batteries in mechanical vehicles. And now this technology is moving towards success. But nowadays the price of cars is much higher than the average middle class. So it is able to use a certain range of people. In addition, one of the problems with battery-powered cars is that the infrastructure to use them has not yet been created in many countries around the world.

As a result, it is possible to reach a certain distance at a certain charge. At present, if it is possible to build a charging station at a certain distance, such as in the case of petroleum, then the demand for self-driving cars is likely to increase. But now in cars, which run on petroleum, many hire drivers for it. These battery-powered cars will completely replace the driver. As a result, many of today’s drivers will lose their jobs in the future.

The number of smart robots in the manufacturing industry will increase compared to today. A situation has already been created in which efforts are being made to reduce the number of people as much as possible. Attempts are being made to replace the worker with a robot. In different cases, more than one person was required to do any heavy work. But a robot can do the work of those few people alone. Because a person’s strength and ability to carry weight is certain. But not so with robots. It can be such a happy big size. Again, the robot can be made to order as needed. And the biggest thing is that there are no specific duty hours.

As a result, such happy work can be done. It is possible to work with the robot for maintenance for much less than the monthly salary of a worker. As a result, the company is much more profitable. So gradually robots are being included in the manufacturing and assembly industry as much as possible. And so many people are losing their job seats. As a result, the employment of people in these companies will be reduced and many fewer people will get jobs in the future.

Delivery companies currently employ delivery boys to deliver. But many companies are trying to move towards using drones based on their customer reviews. According to them, due to various reasons including road jams, the drone delivery will be able to complete delivery in a much shorter time than a delivery boy. As a result, if robotics is included and delivery by drone is started somehow, the job of a traditional delivery boy will be in crisis.

Currently, robotics has become an internal matter of the medical sector. Many difficult tests are being done through various types of equipment. There are also many experiments that cannot be done without the help of machines. Since then, robotics has already been involved in surgical matters. So in the near future, it may be possible for robots to perform surgeries to examining any cells inside the body. And after that people will start using any robotic gadget at home for various small daily tests. As a result, such an operation will be possible with fewer members in the hospital. Similarly, it will be possible to catch the real disease through many perfect tests. 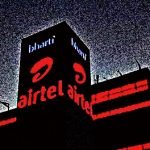 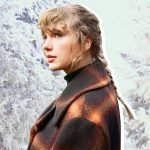