There is no countable how many ways robotics is applied in today’s world. However, the use of a few major portions is very important. Here the applications are mentioned –

There was a time when there was a great risk in fighting against fire. Road jams, water problems, fire spread, etc was much more difficult than for the fire brigades. But nowadays when a fire breaks out in a big building, a house, a factory, etc, it is first monitored by drones and then the fire brigade reaches the specified location and controls the fire. Drones have now been developed that can easily control fires by flying in the air and spraying water from above. Drones are currently being used to extinguish forest fires. There are plans to build a robot that will act as a firefighter. As a result, even if they enter the fire, there will be no possibility of any harm to them.

The manufacturing industry is the first to master the trend of robotics technology. Nowadays it is possible to do more work in less time with the help of robots which is not possible for humans at all. This is why the amount of industrial robots is now slowly increasing and it is slowly replacing humans. As much as it is possible to move heavier items easily, it is also possible to assemble heavier items in less time. Currently, the demand for industrial robots is increasing for all tasks from small to large.

In today’s medical field, it is impossible to do anything without technology and the advent of robotics in medicine has further improved this practice. While it is possible to detect cancer cells through machine learning, some robots are being used directly in surgery. However, more such as thermal scanning, sanitizing, medicine transfer, etc. are easily possible through robots.

Currently, the advent of robots in the delivery sector is being completed at a fast pace. From the beginning, their mobile applications used artificial intelligence but now physical robots are also included here. First of all, the work of transporting goods can be done easily by robots at a low cost. Again, it is very easy to deliver things to the public through robots. Currently, the delivery industry is trying to use drones.

At present such robots have been created that are skilled enough to handle household. Different robots have been created for different tasks. They can clean the house, clean the dishes, cut the grass, take care of the house, etc. very well. Currently, the level of accuracy in robots is quite high. It is possible to schedule them at a specific time, so they start automatically at that time and finish their work. Although it has not been possible to create a one hundred percent perfect robot, it is slowly getting smarter.

Robots play a special role in discovery. Robots are sent hundreds of billions of kilometers from the bottom of the ocean to space. Where it is impossible for humans to enter. Robots are able to reach anywhere as they enter through very tiny holes. Similarly, by sending robots into space, it has become possible to search for various stars, planets, satellites, and even life. The most notable thing today is the sending of robots to the moon and Mars.

Robots play a significant role in dealing with natural disasters. With the help of artificial intelligence, it is very easy to understand severe events like big storms, natural disasters, cyclones, tsunamis, tidal waves, etc. If there is a possibility of such a catastrophe in any place, the government tries to take appropriate action in advance and warns the people of the area. Artificial intelligence helps a lot in measuring the intensity of earthquakes and knowing the amount of damage.

Adequate amounts of robotic ingredients are used in war. As a result of the identification of various landmines, the nature of the enemy’s movements is found to be a suitable concept. Robotics is also being used in direct combat weapons. The use of robotics to protect oneself from the enemy has increased to a great extent. Fighting with drones is not a big deal already. In the future, robot soldiers may be seen in the country’s military, and if war breaks out between the two countries, they will be the first to fight. 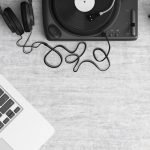 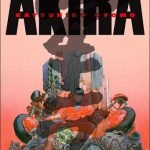