Pre-programmed robots work easily because they work in a controlled environment, so they usually have a mechanical arm on an automotive assembly line. They usually do simple, monotonous, and tedious tasks, which are not easy for people to do continuously. They have one or more arms specifically for working and operating. For example, in the case of moving a heavy object up and down, moving it, etc., it is appropriate to insert specific parts in a large engine and to attach an object together. The robot also performs extremely long tasks faster and more efficiently than multiple people.

Humanoid robots are the robots capable of mimicking human behavior, feelings, impressions, etc. These robots usually perform the activities like humans (such as responding to emotions, running, jumping, walking, and carrying weights) and designs are sometimes made to look like humans above isolate animals. That have human-like faces and expressions. The two most groundbreaking names for humanoid robots are Atlas of Boston Dynamics and Sophia of Hanson Robotics.

Autonomous robots work independently without human intervention. These robots are designed to operate in an open environment without the need for human supervision. They take the valuable next step by perceiving the world around them and different objects through the use of different sensors. They come to their conclusions based on data and missions. Roomba vacuum cleaner is an example of an autonomous robot, which can move freely around the house using its own sensors and detect suitable objects and places of passage.

A Teleoperated robot is a type of semi-autonomous robot that is connected via a wireless network and is humanly enabled from a safe distance to control it. These robots play a major role in identifying geographical conditions, weather, circumstances, major storms, etc. An example of a teleoperated robot is the use of drones to detect various exciting activities, as well as to monitor and determine the enemy, landmines, etc. on the battlefield. Human control submarines are used to fix the underwater pipe league with this robotic importance.

Augmenting robots enhance human abilities and help to replace abilities that humans normally lose or not gain. This is the field of robotics that will gradually grow into a fusion of science fiction and reality very soon. Robots have the power to redefine human civilization from the strongest to the fastest in the more strongest. Examples of current augmenting robots are robotic prosthetic limbs or exoskeletons used to lift hefty weights.

Robotic technology used on the battlefield plays a very important role. Here all types of robots need a collective role and it is different for different fields. Therefore, robotics has a very important contribution to make in multiple robotic technologies. On the battlefield, the robotics field needs air, soil, and water for all kinds of environments. For the same reason, different types of war gadgets and different types of robot technology are used in war weapons. 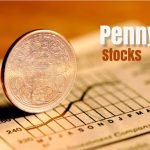 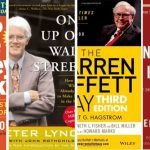