Despite the platform’s founder promising it would never do so, Facebook has begun to display advertising on its Oculus virtual reality headsets. Ads will begin to show in a game called Balston in what the social network characterized as an experiment, with other developers following suit. It stated that it will take feedback into consideration before expanding the use of virtual reality advertisements. It also stated that it is experimenting with new ad formats “exclusive to virtual reality.”We are not going to follow you, show advertising at you, or do anything intrusive’. Oculus inventor Palmer Luckey told the Next Web in 2017, shortly after Facebook purchased the company.

“We’re investigating new methods for developers to earn income. This is a crucial part of ensuring we’re developing a self-sustaining platform that can support a range of business models. They will unleash new sorts of content and audiences,” Oculus stated in a blog post on its website. Users will be able to hide particular advertising or adverts from a certain advertiser. Facebook has stated that its privacy policies would not change.

Is there a roadblock to the adoption of virtual reality?

The company started testing advertisements in the Oculus mobile app last month. CCS Insight analyst Leo Gebbie said the action was expected. “Facebook’s business model is predicated on advertising income, so any assumption that it wouldn’t expand into virtual reality is a little naïve”. The Oculus Quest 2 headset costs £299 in the UK and $299 in the US. This implies that they can sell it at “very low or even loss-leading margins,”.

“The long-term objective for Oculus is for it to be a platform for virtual reality and augmented reality,” he said. Adding that Facebook is eager to get as many people as possible to use it. However, he predicted that there would be a reaction against advertisements on the headgear. “Facebook has a poor track record when privacy comes, and there is a worry that it will push the boundaries and crawl towards something intrusive”. VR, according to Piers Harding-Rolls, research director of games at Ampere Analysis, offers huge potential for digital companies.

“Those who control the online advertising potential, such as Facebook and Google. They want to be well in position to take advantage of any movement in consumer behavior so that they can follow the audience with their advertising networks”. He cautioned, though, that businesses must strike a balance between advertising and a positive customer experience. “While putting advertisements in games is nothing new, the personal and immersive nature of VR means that the customer experience is likely to be very different, which might be a barrier to adoption”. 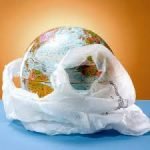 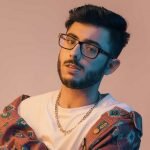