Check out this list to see who the most popular YouTubers in India are. All of the big Indian stars are here below check them out.

Nagar, an enthusiastic gamer, made his first YouTube video at the age of ten and hasn’t looked back since. The majority of the video he creates consists of his “dissing” the cringe-worthy user-generated content that is circulating across all major social media platforms. He released a video called “Bye PewDiePie” in response to a video in which he ridiculed an Indian speaking poor English. The video’s objective, according to Nagar, was to inspire Indians to care strongly about their nation and defend its reputation whenever the time arose.

His Youtube videos are in Hindi, which offers him the benefit of reaching a wider audience in India.

His hilarious vines on Facebook, Instagram, and YouTube propelled him to popularity. He started off with movie reviews before moving on to comic vines. He went from being an engineering student to being India’s most popular YouTuber. What sets him apart is that no two of his YouTube videos are the same, indicating that he constantly produces original and distinctive content. His films are so spontaneous that it appears like they were taken in his residence without his knowledge!

Amit Bhadana’s youtube videos are generally comedy skits, and he is known for generating content that is relevant to everyday life. He creates odd videos on circumstances that any individual from the lower/middle class may relate to. In one of his most famous YouTube movies, he takes viewers on a tour through the many types of individuals that one can see when traveling by bus. Amit is a law graduate who began the channel without notifying his parents and only told them two years ago when he became famous. He was recently honored with the Dada Saheb Phalke International Film Festival’s Best Youtuber Award.

He began his career as a singer in New Delhi bars, and thanks to his sense of comedy and inventiveness, he rose to become one of the most popular YouTubers. He’s also been known for having the “Most Popular YouTube Channel”. He is also the “Global Entertainer of the Year” in 2019. He’s famous among teenagers for his mastery of sarcasm and abuse, as well as his ability to create stuff that most of us can connect to! He gets a lot of flak for his stuff, but that’s nothing compared to his supporters. He demonstrates that a brilliant entertainer isn’t born with dialogues. Entertaining people is a skill that requires a brilliant screenplay, a quick wit, a good sense of humor, and the ability to perform.

His YouTube channel is one of the most up-to-date mobile phones and technologies. Also, he produces a lot of unboxing and review videos for new phones. Despite the fact that his YouTube channel’s genre is unusual, the x-factor of these videos Hindi and is quite simple to comprehend. He’s been chastised for talking about unimportant things and not being particularly detailed with what he says. He launched a new YouTube channel named “Gaurav Chaudhary” (4.8 million followers) in May 2017 that contains footage of his different adventures, including the Burj Khalifa, Google HQ, and Emirates, to mention a few. 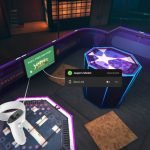 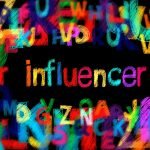