Numerous people say they don’t use Facebook anymore, and nor do their friends. But Facebook is still the dominant social media platform with more users than the same company’s now owned Instagram. The company has 2.79 billion active users, which makes one question: if nobody is using Facebook, where are these numbers from?

Sitting in a bubble explanation

One reason why ‘we’ think that nobody uses Facebook, is because nobody in our social group does. This social media platform is becoming less popular among younger age groups, take a look at these stats:

Among people in Gen Z most associated Facebook as social media for ‘uncles and aunts’ and considered it as unenthusiastic and boring to use. Even the numbers in millennials seem to be dropping as contenders emerge. Gone are those days when Facebook was considered trendy and modern.

Facebook tried the approach of an all-in-one, which does make it less attractive. There’s too much stuff around the feed and it lacks the simplicity of its contenders. But Facebook advertising is still hugely popular. Companies use the ease of Facebook algorithm to target consumers, and it still works. The Facebook business page features are widely used and provide efficient results, even though they did make the platform unpopular among younger generations.

The Facebook chatting feature used in smartphone version which goes by the name of Messenger is also popular. Even if a person doesn’t like scrolling through his Facebook feed, the chatting app is a contributor to those ‘monthly users’ statistic.

“Abandoned but not Deleted”

Most of us still have Facebook profiles. Even if we don’t like the platform, we still keep it. And this phenomenon can be due to many reasons like keeping in touch with people like relatives, and old colleagues — which by our inflated sense of vengeance have mutually unfollowed each other on platforms like Twitter or Instagram. The birthday reminder might also be a minor contributing factor. The need of a backup account. Maybe a slight underlying nostalgia. There are multiple explanations to why our dead accounts exist.

Whether the original app “Facebook” will decline or not is uncertain. There are arguments with opposing perspectives. Some say it will keep growing and despite its unpopularity in younger generations it will still be dominant. The rest say that it will slowly decay and become a deserted town. Either way the company Facebook is likely to remain strong with its set of products such as Instagram and Whatsapp that remain wildly popular. The only way the company may crackdown can be through anti-trust litigations which given the fact that it has multiple competitors is also unlikely to happen. 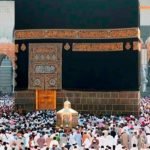 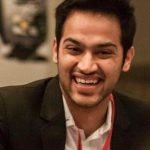