An alien was discovered in Jharkhand’s Hazaribagh on Saturday. Adding to the odd additions to 2021 that include COVID-19 and a broad spectrum of Fungus. Also, a 30-second viral video from Jharkhand depicts an alien-like or ghost-like creature going in the dark down the Chadwa Dam bridge.

Therefore, here’s the footage of the alien from Jharkhand:

What do internet users think about the alien video?

Whatever the case, the story has startled netizens, also some claiming that the strange creature from the Jharkhand viral video was a ‘ghost,’ others claiming it was an ‘alien,’ and other non-believers dismissing the occurrence as a joke. Accordingly, some even suggested that Elon Musk, NASA, and ISRO investigate the creature’s origins.

Also, the official source’s statement has placed the duty on the people who may have caught the footage. Why haven’t there been any complaints or inquiries if people genuinely saw the ‘alien,’? What will the government do if it’s really computer-generated imagery? Therefore, there are numerous mysteries surrounding this one occurrence. Which has drawn the attention of thousands of people on social media sites.

Therefore, the uproar comes after the US Pentagon has acknowledged photographs of unidentified flying objects (UFOs) as part of continuing research to “get insight” into the “nature and origins” of Aliens. The US Department of Defense has released multiple videos and photos showing a mystery object flying in the dark. 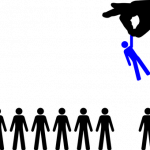 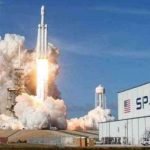