Fight Club was originally printed a book in 1996, it instantly became popular and soon the great director David Fincher picked up on it. A film adaptation was released in 1999 starring Brad Pitt and Edward Norton which remains in the minds of people till date. There are certainly reasons why it hit so hard and what were the ideas behind it.

The novel/movie became colossal because there weren’t — and still aren’t — many books or publications where men could feel like a part of something. The idea of coming together in a group and understanding each other is what struck the chord. If we compare this, in case of women, there are multiple book groups, publications about feminine characteristics and other things where one can be a part of something. Being felt understood is what made Chuck Palahniuk’s novel so great. Just like every other veteran book it resonated with people.

Moreover, the idea of a fight to release one’s pressures from a daily mundane life added to the appeal. To ‘suck it up’ is what most of us have to do throughout the day. Palahniuk hit the right notes which made it hit big.

“I let go. Lost in oblivion. Dark and silent and complete. Losing all hope was freedom.”

The writer satires the modern consumerism capitalism which makes us all materialistic. We may not like it deep down but due to the constructs of modern society one has to conform to them. Along with this, due to televisions and now also the internet, we have become over obsessed with celebrity lifestyle. One mirrors them and tries to be like them with a sense of optimism but knows that we will never be. The fake hopes of a perfect lifestyle or even the ‘American Dream’ are overhyped. And despite of knowing this, we remain more interested in their godly lives, than in ours.

“We’ve all been raised on television to be believe that one day we’d all be millionaires, and movie gods and rock stars. But we won’t. And we’re slowly learning the fact. And we’re very, very pissed off.”

The story acknowledges the fact that there is no god. And clinging onto a fake hope just like for a better life won’t do much good. It remains straightforward and say “If we’re God’s unwanted children, so be it!”

“You are not special. You are not a beautiful or unique snowflake. You are the same decaying organic matter as everything else.”

Chuck Palahniuk argues that men need a second father-like character which guides them. It is an inherent characteristic to want someone that can mentor one and help one become a better version of oneself. This could be a stranger, a teacher, a friend, a boss or anyone. Tyler Durden (the hallucination) fulfills the role of bringing the narrator out of his dull mainstream life.

“All the ways you wish you could be. That’s me!”

Repetition of phrases such as the rules of Fight Club give the audience something to remember and connect. Even the personification bits give people something to experiment and add to

“I am Jack’s smirking revenge.”

This video by the writer himself discusses a number of things. Do watch it if you liked the story. 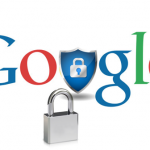 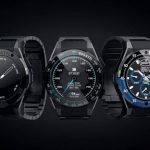