We all are very well aware of the movie “Sui Dhaga” starring Varun Dhawan and Anushka Sharma as lead roles but, we never try to figure out that Sui Dhaga is not just a movie. It is the journey of a woman from a small village of Rajasthan who transformed the lives of thousands, other women – ruma devi fashion designer

Ruma Devi is a pillar of strength and an inspiration for many women. Her journey is worth knowing, despite all the odds she fights and wins.

Ruma Devi was born in a poor family of Barmer, a small village in Rajasthan. Her struggle started from an early when she was just five years old her mother died. After that, she was forced to leave her home. When she was in class 8th she left the school and was married at a very young age. Her marriage life was full of trouble as they were poor and couldn’t afford to sustain a good living because, of this, she lost her son when he was just one and a half years old. It was then Ruma Devi decided to do something to change her living condition.

She loves doing kasidakari embroidery when she was small so, Ruma Devi decided to make clothes and bags of kasidakari but, there was a problem with sewing she would require a sewing machine. The price of the machine was too high for Ruma Devi. She Couldn’t afford to buy it alone so, she joined Mahila Vikas Group and, with the contribution of 10 women, she managed to buy a second-hand sewing machine. She started sewing and selling handcrafted embroidery bags and clothes.

Ruma Devi was not satisfied with her growth, she wanted to help other women. She joined an NGO, with the support and proper guidance of the NGO, she helped 50 other women.

But this was not the end Ruma Devi founded an NGO dedicated to women artisans to provide them employment.

The changing point of Ruma Devi’s life is when the famous fashion designer Anita Dongre reached her with an offer to showcase her clothes in Lakme Fashion Week 2012. Her work was recognized and appreciated by the designer from all around the world. In the year 2018, she got an opportunity to get featured on the cover page of India Today Magzine. In the same year, Ruma Devi was awarded the prestigious award of Nari Shakti Puruskar by the President.

Ruma Devi an ordinary woman with extraordinary courage to make things happen. Her journey from a small town to the Lakme fashion week is worth knowing. 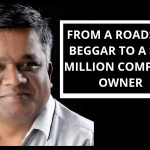 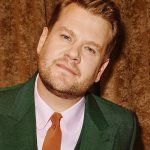