If you are a social media fiend, then you unquestionably read about Clubhouse. In the past few weeks, Clubhouse has gained exceptional growth in the number of sign up. From fashion influencers to business tycoons, everyone is using Clubhouse to their advantage.

For those who still wonder what is Clubhouse

The Clubhouse is a new social media platform that works on invitation mechanisms. It was launched last year in March by Paul Davison and Rohan Seth. The duo initially introduced this app for iOS users and, later, they made it available to android users. The Clubhouse is basically an audio chat room where people hold sessions through organizing live discussion and, the people attending the audio chat can participate through listening and speaking. To analyze the growth of their user, Clubhouse will continue to remain an invitation-only app to improve and make capable of managing a larger audience.

The security and privacy of this app remain dubious, though there are guidelines provided still for transferring, sharing, registering, and producing content permission wasn’t required.

Within a shorter period, this app has faced several consequences subject to its privacy, which is why Jordan, China, and Oman have banned this app.

Let’s understand the features of Clubhouse.

The first one is Clubhouse rooms. Basically, rooms are the virtual point of the meeting where all users joined the room communicate through audio means. Based on the privacy provided, the rooms broadly classified into three categories. The default setting of the room is known as ‘Open Rooms’, where everyone is welcome to join. The second category is ‘Social Rooms’, where users following the moderator are only allowed to join the conversation. The last category of the rooms is ‘Closed Rooms’ the privacy level of these sessions is the highest because the users who received the invitation can only join the conversation. The person who is responsible for creating the room is known as the moderator. Moderator has the power of carrying out jobs like muting and unmuting the users, allowing users to become a speaker by inviting them to the stage and removing the participant from the meeting. Users are allowed to leave the meeting anytime by just clicking on the leave option.

The next one is Clubhouse events. Though most of the conversation takes place in the Clubhouse are impromptu. But there is an option available for you to schedule an event in advance. You can name the event and then schedule it to a particular date and time. The Clubhouse bulletin will display your event and, the user can set a reminder by clicking on the bell icon.

The Clubhouse provides an opportunity to earn a good income through the creator’s first program. Content creators can make a decent amount of earning through their sessions.

The Clubhouse is growing exceptionally, leaving no time for its competitors to react. Many professionals have declared Clubhouse as the future of Social Media. This declaration has put the other social media platforms to adapt themselves accordingly. Otherwise, they will be left behind. 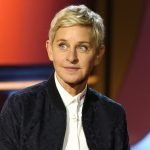 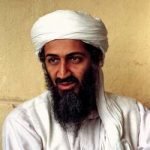