Robotics is the newest sector in science fiction. But it goes a long way in showing us our dreams. From the depths of the ocean to any distant star in space thousands of miles beyond the earth. Robots can operate in all kinds of environments and where humans cannot enter, where it is impossible for humans to reach, robots have been seen to act as a compliment. So science is showing people an invincible dream. So the robotics industry is becoming more and more fresh, smart, and fast.

Robotics, a combination of science, engineering, and technology, is an integral part of science that provides life in a machine and makes it operational on Earth. Many robots today are seen talking like humans. But does it really arise from their feelings! Or is it just a kind of material produced in our interest? The depth of this question is so great that a new department called Robotics has been created to find the answer. Yes, of course, robotics is not just dependent on this one subject, it includes various studies on robots. But today’s world must be curious about how a sensible robot thinks of humans.

Robotics is the engineering by which inanimate machines become automated. The stimulus to work is generated in it. It can do all the work assigned to it on its own. It can even imitate human activities. The result is a copy of someone else it can create within it. The concept of the humanoid robot is very old so some movies have gone around with it, some robot characters have become famous like – WALL-E, R2-D2, Optimus Prime, etc. But is it really possible to create such an intelligent robot?

The progress of robot industry

Robots are a product of the robotics industry. Among the immobile machines, a kind of life is established by the efficiency of different software i.e. programming, mainly to make the tasks that are monotonous and require more manpower to make such tasks easier and faster. As a result, machines are able to help people in their work. At present they are being used in different sectors and good results are being obtained from it. Until 2005, 90% of robots used in automotive factories were used for assembling cars. These were mainly used for mechanical work such as welding, screwing, loading, etc. Today, robots have been developed to such an extent that it can be used to support every sector of industry, engineering, and medical.

Robots are built across one electronic device after another. This mechanical approach helps robots to perform tasks in specific environments. For example, the wheels of the Mars 2020 rover are individually motorized and made of titanium tube, making it very easy to move through the red planet and trying to hold on tightly to the ground.

Automatic machines are built-in charging supplies that are needed for continuous operation, and the charge emitted from the battery is used to keep these electrical components running. However, the method of charging varies in different robot cases. The charge is the food of the robot.

It includes multiple programming sets to control the robot’s functions. Robots are nothing but a machine except for programming. If the role of programming is increased, it is possible to increase its working ability a lot.

At present, the amount of robotic toys has increased a lot that was not so much available. These usually work as simple robots, yet they are slowly getting smarter. Artificial intelligence has not yet been able to fully influence the marketing sector. The impression of the robotics industry is not so noticeable because robots cannot be sold cheaply. But in the days to come, the private sector must fulfill that promise. Because robots are slowly becoming smarter and at the same time more affordable, it will be possible for them to take on the challenge of domestic work, including in smart factories with their software and hardware. 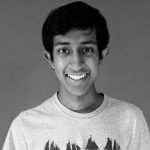 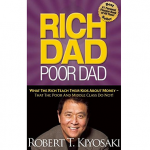