The renowned sitcom first appeared on the television screen in 1994 then nobody knew that this sitcom would be the reason behind the rise of new cultural phenomena.

The most admired sitcom last for Ten seasons that includes 236 episodes and gave birth to the celebrities who were mere faces before. The cast includes Jennifer Aniston, Courteney Cox, Lisa Kudrow, Matt LeBlanc, Matthew Perry, and David Schwimmer.

You call yourself the biggest fan of FRIENDS even you don’t know these things about Friends.

So get yourself a comfortable place and grab some snacks because I am going to take you on a rollercoaster ride and make you feel all nostalgic.

The names of the six fundamental Friends have been taken from characters from All My Children.

After some days of the shoot, the characters proved humorous and bought life to the whole show, said Marta Kauffman.

Some storylines were rejected by NBC for being indelicate.

Friends were on air for about ten years, and during this period a lot of amendments were made concerning the network standards due to which they were not allowed to display certain things.

For example: “There was an episode in which Monica and Rachel are arguing over who receives to apply the final condom,” Kauffman recalled.  But we were not allowed to say condom so, instead of saying, we showed the box of the condom so that people could understand.

Janice’s appearances were always kept as a mystery for the people who worked in a studio.

Wheeler revealed that she used to keep hidden in the dressing room until the shoot was ready. They covered her with the black display so that nobody could spot her until the final shot.

You will find it cynical to know that all the lead characters have kissed each other at least once except Monica and Phoebe.

Do you know among the six prime characters of the popular sitcom, Courteney Cox is the only one who couldn’t receive an Emmy nod?

For about three years, the age of the Ross remains 29.

In seasons three and four, Ross mentions that he is 29 — and in season five, he says he is getting divorced two times earlier than he is 30. Ross additionally ended up celebrating a couple of birthdays.

When this epic sitcom comes to an end, every lead character took home a chunk of Friends as a memory.

Specifically, portions of the faux NYC sidewalk out of doors Central Perk.

That is all with the nostalgic trivia of the sitcom. Now I am sure you all are pumped up to see  Friends: The Reunion premiering tomorrow only on HBO-Max. 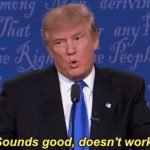 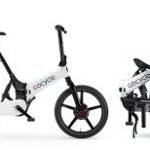