DubaiCoin, a newly formed cryptocurrency jumped in value on Thursday, 27th May after claiming to be the official cryptocurrency for the city of Dubai. The virtual token’s value rocketed up by 1000% !

The DubaiCoin (DBIX) was launched by a company called ArabChain Technology. The company, based in United Arab Emirates (UAE) has claimed that it is a public blockchain and the first of its kind in the Arab World. A public blockchain means that people will be able to mine their own DubaiCoin(DBIX) currency. Since its debut in the virtual currency market, the value soared up to $1.13 USD, an increase of almost 1100% as of Thursday. Even though this increase is not very unusual given the volatility of the crypto market, but the major reason of this price inflation was a false claim.

In a press release, the ArabChain Technology said that DBIX can be used to purchase goods and services very soon, indirectly inferring DubaiCoin to be an unofficial of Dirham(the official currency of UAE). It also stated that the value will be regulated by the city of Dubai.

However, the Dubai Government’s official Twitter handle refuted all these claims and stated that DubaiCoin was “never approved”, leaving the crypto traders and investors fuming and enraged.

Dubai Coin cryptocurrency was never approved by any official authority.
The website promoting the coin is an elaborate phishing campaign that is designed to steal personal information from its visitors. pic.twitter.com/Q0HBXfqaDO 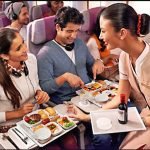 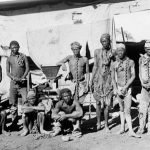