It was 2013, and blockchain and cryptocurrencies had become a major subject on social media sites like Reddit and Twitter. The value of bitcoin rose from 1$ to 1000$ in just a few days, compelling people to consider crypto seriously. Jackson Palmer, a marketing manager at Adobe in Sydney, Australia, is in the newest cryptocurrency craze. He watches Bitcoin values, but he thought Bitcoin organizations were snobby tiny cliques who didn’t like outsiders. At the same time, several other cryptocurrencies entered the market as a result of Bitcoin’s popularity.

Palmer came up with the concept for a spoof cryptocurrency while drinking a beer. A meme of a dog staring at a camera was all over the internet at the moment.

Palmer thought the Doge meme was hilarious as well. He came up with the idea of creating a cryptocurrency that included the Doge meme as its logo. He purchased the name DogeCoin.com and asked if anyone was interested in seeing the planned parody coin become a reality. Billy Markus, an IBM software developer, was inspired by Palmer’s concept and wrote to offer his assistance. Markus had begun work on the new coin before receiving Palmer’s response, and he was ecstatic.

Musk referred to himself as the “Father of Dogecoin” in a series of tweets, pushing others to invest in the cryptocurrency. He did warn, though, that individuals should not put their life savings into the rapidly fluctuating cryptocurrency. In just six months, Dogecoin grew from a market cap of $3 billion to $45 billion.

Unlike Bitcoin and other cryptocurrencies, there is no limit to the number of Dogecoins that may exist, making it more difficult for it to become valuable and make its owners wealthy. “Dogecoin is kind of my yardstick for how much bitcoin craze or crypto-mania has taken hold and how much kind of foolish money is coming into this space,” one of its inventors, Palmer, told Bloomberg in an interview. 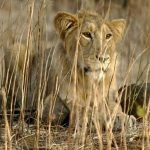 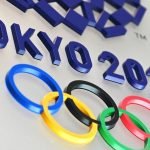