Most of us are familiar with the involvement (or collusion) of Elon Musk with the crypto market. As Bitcoin loses all its gains since the announcement of Tesla accepting it as a mode of payment and most importantly buying a huge chunk of the few Bitcoin that can exist on this planet. Not just losing all its gains but rather falling lower, way lower than the ~$43,000 mark where Elon decided to buy it, followed by tweets and memes on it.

The current price of Bitcoin as of this writing is $39,836. And following Bitcoin, even other cryptos like Dogecoin and Ethereum are on a sharp downward trajectory.

There’s one crypto which outdid the market, that is $STOPELON. Just like many other cryptos like Dogecoin this one started as a joke and has risen nearly 1800% in the last two days! The value of it is has four digits of decimals and its market value is nearly 10 million — which is way lesser than most crypto coins out there. But this does expose many things about the fragility and the way these crypto manias have occurred.

There has been frustration among not just the clan of Crypto enthusiasts but also among other groups of people, take the post “Why won’t Elon Musk just build electric cars”. Elon Musk has a habit of repeatedly making tweets that provoke the market and make it dance to his tune. In a recent SNL appearance he again joked about Dogecoin and despite the speculation, the price of Dogecoin ended up dropping.

Even though the jokes may be funny, the popularity of Elon Musk seems to be slumping. Shifting his image from that of a futuristic entrepreneur who makes electric cars, space rockets and underground highways, the reason for appeal has veered into a jokester.

Elon Musk is a great innovator and if one closely examines the business model of Tesla, it is magnificent. But using cheap tricks to increase a quarterly-sales are not something which suite a person at the stature of Elon Musk. In defense of Musk, he hasn’t sold the remaining 90% of his Bitcoin stake which is definitely at a loss, the means of unloading this lot can also affect the price, and it is obvious that the assets will be cleared as the company wants no future association with it.

As the news media have grappled on the story, more people have gotten to know about it. This can mean that the joke can get louder and more people might dive into it. Subreddits like r/wallstreetbets if catch on the story, would make the price multiply many times. The coin in itself is pretty baseless but it signifies an important message which has been the sentiment of many people especially in the Crypto community. 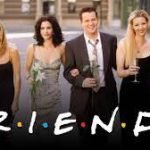 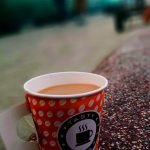