Cryptocurrency has grown in the months of April and May. Take, for example, Bitcoin, the most widely used cryptocurrency. Its price reached an all-time high of $64,863 on April 14th. It had dropped by more than half to $30,682 on the 19th of May. It was worth $37,270 at the time of writing. China’s suggestion of stricter crypto laws to protect its financial system fueled the slump. What to it was entrepreneur, Elon Musk’s new worry about Bitcoin mining’s environmental effects.

There’s a theory behind every bubble. This is also true with cryptocurrency. Cryptocurrency has grown a fixed supply, unlike government-backed fiat money, and so their quantity cannot abruptly increase. They let people circumvent the traditional banking system by allowing payments to be made directly between the payer and the payee. Cryptography also allows for transaction anonymity. The goal is that one-day cryptos will be known as legal tender.

These issues have been built up through crypto believers to emphasize the cult’s importance. And a lot of people have bought into that without really thinking about it.

While each crypto has a limited amount, there is no limit to the total amount of cryptos. There are a lot of cryptos out there. The fact that cryptocurrencies may swing 50 percent upward or lower in a few weeks indicates that their structure has a fundamental flaw. “This extraordinary volatility reflects in part the reality that cryptocurrencies have neither intrinsic worth nor any external backing,”

Consider what happened when Musk expressed worry about the environmental effect of bitcoin mining: a massive sell-off erupted. Many investors who purchased bitcoin due to Musk’s promotion quickly sold when he began to have reservations. Their faith in Bitcoin came from Musk.

In addition, most cryptos have a highly concentrated ownership structure, with a small number of individuals controlling a large portion of the market. “According to industry figures, about 13 percent of all bitcoin… resides in the hands of little over 100 individual accounts,” according to a January 2021 story published in The Telegraph.

Governments, through central banks, have had the only authority to create money until now (by printing it or issuing it digitally). They won’t be sitting around doing nothing as crypto entrepreneurs strive to come up with fresh types of money. This helps to understand why some of the world’s most powerful countries are taking action against it.

It will continue to be in demand as long as taxes must be paid in government-backed fiat money.

Finally, it’s important to understand that there’s a big distinction between nations creating money and a group of people banding together to create their own currency. Despite all the abuse it receives and is prone to, fiat money backed by governments will always have more trust (in most cases). 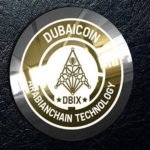