A girl came from a small town making her name high in one of the biggest city in the world NewYork with hard work action and passion is truly appreciable.

Yes! We are talking about Priyanka Chopra Jonas. The fearless tigress who conquered the world with her stupendous acting.

Her influential nature her words inspired many of the newcomers who want to build their name in Bollywood with talent.
Without belonging to an actor family, she was able to keep a safe place in the industry by her unimaginable talent.

The winner of ‘Padmashri’ one of the highest respected awards given by the president of India and winner of many national awards and still acts like a little old school girl. She is a perfect example of touching the sky with keeping her feet on the ground.

Let’s know more about Priyanka Chopra. Let’s see how a girl who once had to face racism for her brown skin color can rule the world with her never-give-up attitude.

Priyanka Chopra Jonas was born on 18th July 1982 in Jamshedpur, Bihar. His father and mother were physicians in military service. They were army doctors. She born in a military family. Priyanka had changed her place from time to time because of his father used to get transferred.

His father got transferred, her childhood was spent in Delhi, Ladakh, barely, Lukhnow and Bihar. She spent most of her childhood in barely, she considers this as her home town.

She started her school career in La martinere girls school, lukhnow. And she did her college in St Maria Goretti college. Through her middle school spent in America with her aunt.

When she was studying there in New York her, during that time her friends used to mock her for her brown skin. But at that time she was a shy girl who couldn’t speak much about this.

After 3 years she returned to India and finished college. er mother Madhu Chopra sent her to a small beauty contest called my queen. She won that contest and made her mother happy.

After that, she never looked back. In the year 2000, she got second place in the Femina Miss India title. And in that year she was crowned with the Miss world 2000 title.

After she won the title. Many movies approached her. Her first film was a blockbuster. She did lots of hit movies like Barfi, Bajirao mastaani, Mujh se shaadi karogi, Fashion, Marycom, Aitraaj and many more.

In 2015 she signed with ABC studio for the hit American series “Quantico”. For this, she won the people’s choice award. She is the first South Asian to win that award.

Then in 2017, she acted in “Baywatch” and 2018 in ” A kid like jake”. For her amazing contribution to the entertainment field, she was awarded national awards in 5 categories.

From getting mocked for her dark skin to the winner of Padma Shri she has walked a long way. From a small-town girl to giving the nomination in Oscars proves her success in a brief way. She can better be described as “FIRE ON ICE”. 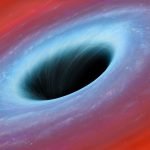 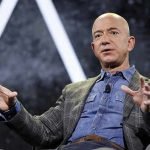