A mystery bidder has spent $28 million for a seat on Amazon founder Jeff Bezos’s Blue Origin company’s first crew mission. Blue Origin tweeted that the winner’s name would be disclosed in the following weeks after this winning offer was placed during Saturday’s auction.

Over 140 nations expressed interest in the bidding process.

Mr. Bezos’ brother Mark and an unknown space traveler make up the rest of the crew for the voyage on July 20. The highest price had been just under $5 million after a nearly month-long bidding war, but once Saturday’s online auction began, it had risen by more than five times.

According to Forbes magazine, Mr. Bezos has a value of $186.2 billion (£131.5 billion). As a result, he is one of the wealthiest persons on the planet. “I will do that voyage with my brother on July 20th,” he posted on Instagram earlier this week. “The most incredible adventure shared with my dearest buddy.”

The planned flight on Blue Origin’s launch vehicle New Shepard, according to Mr Bezos’ brother Mark, is a “amazing chance.”

Blue Origin wants to launch its passengers more than 100 kilometers (62 miles) beyond the Earth’s surface, allowing them to experience microgravity, according to the company’s website. Parachutes will be in use to return the six-person capsule to Earth.

The journey should take roughly 10 minutes.

After returning from orbit, the New Shepard rocket may land vertically on the ground. Its name is after Alan Shepard, the second person to go into space and the first American citizen.

The first crewed flight comes only weeks after Amazon CEO Jeff Bezos announced his intention to stand down. Instead, he will serve as executive chairman of the e-commerce behemoth he created in his garage 30 years ago. It freed up “time and energy” to pursue other projects.

Meanwhile, a rival space pioneer might beat Mr. Bezos to the punch. Richard Branson is expected to participate in a test flight of his Virgin VSS Unity spaceplane on July 4th. 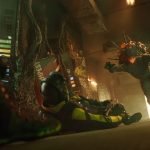 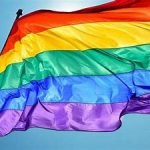