Back in 1949, George Orwell (Eric Arthur Blair), an English novelist in his anti-utopian novel Nineteen Eighty-four (1984), said, “Nothing was your own except the few cubic centimeters inside your skull.”

Well, think again! The ultimate privacy frontier may not be private for much longer. In the past couple of years, various tech giants and startups have started building technology to read minds, in a literal sense.

Recently, Elon Musk’s Neuralink implanted a chip in a monkey’s brain enabling him to play video games using his mind. To reiterate, Neuralink is working on an ultra-high bandwidth brain-machine interface to connect humans and computers.

In an interview on the “Good Time Show” on the Clubhouse app, Elon Musk said, “He’s not uncomfortable, and he doesn’t look weird. And you can’t even see where the neural implant went in.”

However, this is not the first time as the San-Francisco-based company tested its work on a pig named Gertrude previously. Many experts believe that this Black Mirror-ish technology can be a game-changer for those living with disabilities.

The second company in line to build brain technology is Mark Zuckerberg’s Facebook. In 2019, the social-media giant acquired CTRL-labs, a startup that develops wristbands capable of reading minds. The company pioneers the development of non-invasive neural interfaces that reimagine how humans and machines collaborate.

On top of that, the company is supporting a team of researchers at the University of California, San Francisco (UCSF). They are working to help patients with neurological damage speak again by detecting intended speech from brain activity in real-time.

“Think of a pulse oximeter—the clip-like sensor with a glowing red light you’ve probably had attached to your index finger at the doctor’s office. Just as it’s able to measure the oxygen saturation level of your blood through your finger, we can also use near-infrared light to measure blood oxygenation in the brain from outside of the body in a safe, non-invasive way. And while measuring oxygenation may never allow us to decode imagined sentences, being able to recognize even a handful of imagined commands, like “home,” “select,” and “delete,” would provide entirely new ways of interacting with today’s VR systems—and tomorrow’s AR glasses.”

Based out of Edinburgh, Manus Neurodynamica is a medtech startup founded by Dr. Rutger Zietsma in 2008. The company’s principal product – NeuroMotor Pen, is a sensor pen designed to diagnose and monitor neuromotor impairments.

The pen focuses on patients with Parkinson’s disease and uses limb and hand motion to diagnose patients quickly and non-invasively. It has applications across not just diagnosis but also screening, monitoring, rehabilitation, and drug development for a number of different movement disorders, claims the company.

Another UK company that aims to deeply understand the human mind is the London-based Maaind. The company’s app Aurora, helps users track, understand & manage mental states (emotions, stress, tiredness, and attention) through voice (speech recording) and biometrics in a secure and privacy-preserving way.

Talking about the non-invasive ways, Neurovalens, a Belfast startup has developed an innovative technique to influence the brainstem and hypothalamus to cure and treat neurological diseases, without the need for implanted electrodes. Created in collaboration with research facilities at the University of California San Diego, Neurovalens raised £5.1 million in funding, led by IQ Capital, last year.

Unlike the above-mentioned companies, Compass Pathways, an Altrincham-based startup uses another approach to help patients with mental health. The UK company has developed Psilocybin therapy, an approach that combines the pharmacological effects of psilocybin, a psychoactive substance, with psychological support. 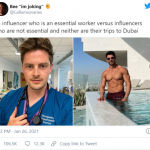 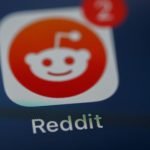