GameStop or $GME which had become a sensation during the period of late January at the beginning of this year, now seems to be out of the news. This has occurred as the crowd moves from one thing to the other. What has replaced $GME is now cryptocurrency which everyone seems to be talking about and the future it holds. But let’s not forget that it all began by people investing — or let’s say YOLO-ing — into $GME stock.

It was obvious from the beginning that fantasies of ‘holding to the moon’ would never be true. Most people who were smart enough realized that the prices would plummet after a while and sold their stock. Now this may sound like betrayal but as described by Richard Dawkins as the ‘Selfish Gene’ these people are better off not being too altruistic and are certainly not left ‘holding the bag’. Fashions change and the crowd moved to whatever sounded more futuristic as the intrinsic value never mattered. Moreover the pumping by Elon Musk of Bitcoin and Dogecoin changed the landscape.

So where are we now?

The share currently trades around $180 and is pretty stable. Around the end of April the company decided to sell 3.5 million shares to finance their operations. This as confirmed in early May was used to remove their long-term debts. Both the moves by the company were seen in positive light and the markets responded accordingly. There have been structural changes as well, the CEO of GameStop has decided to step down, along with this they have a new Chief Operating Officer, Jenna Owens who is known for her previous works with Google and Amazon.

Possibility of a third-wave

The crypto mania is decreasing as Bitcoin falls, the attention is again coming back to ‘meme stonks’. There has been a small rise in the value to $GME in the last few days and a larger rise in the talk about it on r/wallstreetbets. This can give some idea on how the stock will fluctuate over the next week.

We have learnt from the first wave of GME where many people ended up buying at prices above 300 dollars and lost a substantial amount of their annual income. The same occurred recently with the Bitcoin saga. This means that the extent to which these manias will influence the prices will dampen over time. If one really considers buying GameStop shares, focus should be laid on the company’s underlying value and future prospects. These manias are pretty random and even when it may seem that the market will flung in a particular direction the opposite occurs which can incur great losses. 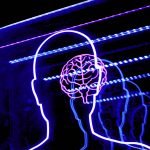 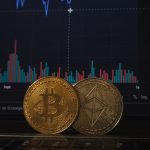