To be eligible for the permit, an applicant must:

There is no fee to apply for the permit, and applicants do not have to pay the immigration health surcharge. They may, however, have to pay to submit their biometric information (photographs or fingerprints). Successful applicants will be able to work, rent property, and access benefits and services (including the National Health Service) in the United Kingdom, so long as they meet the relevant requirements.

Living outside the United Kingdom

The guidance also suggests that the government will still consider frontier workers’ applications if there are “exceptional circumstances,” such as illnesses or accidents, under which they could not travel to their countries of residence during the 12-month period.

Frontier workers who have not come to the United Kingdom to work during a 12-month period may still be eligible due to allowances that the government provides.

For example, a frontier worker who previously worked in the United Kingdom while living elsewhere before 11:00 p.m. (GMT) on 31 December 2020 may meet the requirements to “retain [his or her] worker status” if, during the 12-month period, he or she was: 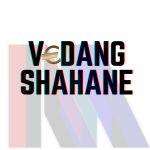 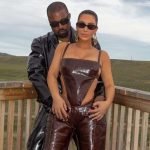