We all get inspired by Dr APJ Abdul kalam sir, Subhash ch. Bose, Lal Bahadur Shastri. But do we know who their guru is?  He is Swami Vivekanand. The most adored person of India and also all over the world.

People love to walk in his footsteps. An amazingly talented, intelligent, saintly, studious, focused person who inspires the whole world with his brilliant words. Let’s know more about him.

Take risks in your life, If you win, you can lead! If you loose, you can guide!

Childhood and growing up

Swami Vivekananda’s mother was a very pious lady. She used to believe in God very much. Once she had a dream of Lord shiva saying to her that he will come to this world in the form of his son.

After that dream, she became very happy. Then on 12 January 1863, on the day of Makar Sankranti Swami Vivekanand came to this world. His parents kept his name was Narendranath.

They called him Naren. He belonged to a very intelligent and rich family. Naren’s father was a very known lawer. He didn’t like the fact of the cast and religious difference from his childhood.

Once he went to his father’s office and saw 2 tobacco pipes placed in a different box. One for Hindus and another one for Muslims. He tasted it.

When his father saw that he became very angry to which Naren replied as there is no difference between both the pipes.

Once Naren had two dreams, one was to become an extremely rich and successful person and the other is to become a monk and living simple life. No doubt he chose to be a monk.

After the death of Ramakrishna Paramhansa, Naren used to take care of the newly came monks. As he was the oldest in his family he had some responsibility towards them.

So in the day, he spent his time with family and at night he used to teach those students. His mantras of life are “Self respect, truthfulness, determination, honesty, sympathy, patience, courtesy, tolerance, self-reliance, poise, sense of discipline, cleanliness, common sense, the spirit of service, self-control, resourcefulness, initiative, sincerity, diligence, clear thinking, self-confidence”.

The incident in parliament of religion

There were around 7000 religious leaders and he was one of them. The motive of the fest was to tell people that western culture is more developed and progressive.

Swamiji told the host that he should probably go last for the speech. When his time came for the speech he started the speech by addressing the people out there as his brothers and sisters.

The crowd loved his speech. The main objective of the speech was to accept everyone as they are, that is the only way to reach God.

He has worked day and night to promote India’s rich culture and religion all over the world. A perfect man who truly changed the world with just his words. A true inspiration! 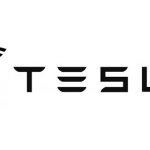 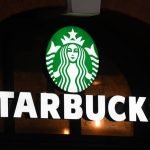