He was born to parents hit hard by poverty. He grew up with his family in a congested apartment with only one bedroom, learning to make both the ends meet.

His father used to work as army vet. Sometimes, he even used to drive trucks. At extreme tough times, Howard had the compulsion to give his blood to earn his family’s living. However tough the condition may be, the young kid never gave up dreaming.

At 7 years of age, Howard had to go through the most defining phase of his life. His father got his leg broken by accidentally falling on ice during delivering dipaers.

As a result of this, he was suspended from his job without no medical insurances. The family had no savings either adding up to the pain and struggle for the entire family.

Seeing his father laying hopelessly defeated to his condition lowered his confidence and left him shattered mentally and morally.

This incident even couldn’t stop young Howard from dreaming of good better future. This is why he spent most of his time sitting on the staircase hoping for better days.

During his schooldays, he played football really well which helped him grabbing an athletic scholarship to help him fund his college fees by himself.

As he wasn’t interested in sports, he chose to go for communications. He took college loans to complete his college studies and to repay the loans, he had to do many awkward jobs besides selling away his blood.

After the completion of his graduation, he used to work as salesman at a ski lodge but always had desired to be employed at Starbucks.

He had to convince the three owners of Starbucks for about one year. After one year of convincing, he finally found his dream come true.

During his visit to Italy for business purposes, he came across a coffee shop there. The owners there remembered the names of their customers and addressed them by their respective names during serving.

FROM STARBUCKS TO  IL GIORNALE

After returning from his business trip, he discussed this brilliant idea with the owners. But sadly, the owners didn’t accept his ideas. Following this, he quit his job at Starbucks and ventured into establishing his coffee company named Il Giornale.

But, he had no sources of money to fund for the blooming company.  During his attempts to gather money, he communicated with around 242 people where 217 people rejected his plea.

Even in such a heartbreaking situation, some people believed in the potential of his idea and decided to invest money to help him. He toiled hard to construct his first ever coffee shop where he could implement the idea he had seen in Italy.

When Starbucks went bankrupt after some years, Howard decided to bring the company. Ultimately, he became the CEO of the company.

Then he changed the name of his company to Starbucks which he expanded throughout US. At present date, the company owns about 30,000 stores with market value of about $100 billion.

Howard always advices one thing which says one can blame millions of people in life and lament over one’s own sorrows. One can even pick up courage and choose to start walking.

Life is always about some near missed chances. It’s all about accepting responsibilities and striving for future. It’s all about envisioning new innovative ideas and pursuing them at all costs.

Waiting for favourable situations will reduce the probability of establishment of one’s dreams. He always credits his success to his dreams which were once the laughter piece for people around him. 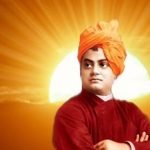 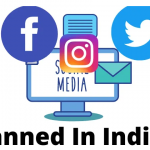