People were affected drastically by the coronavirus pandemic depending on their gender and sex. On a social level, the pandemic has had several significant implications for cis and trans women around the world, including increased risk as a result of their conventional positions as caregivers, an increase in domestic violence, and a loss of control over their sexual and reproductive health. Bans on travel and movement levied to stop the spread of the new coronavirus have had unintended consequences on all facets of sexual and reproductive health care.

The primary and secondary effects of the current health emergency have been heavily influenced by gender. The home was sadly not a secure space in countries where lockdowns were reported. Requesting more help with domestic responsibilities can lead to domestic violence against women. Women have been further cut off from sexual and reproductive health services as a result of decisions taken at every stage of the pandemic response, threatening sharp increases in maternal and neonatal mortality. “Covid 19 could reverse the modest progress that has been made on gender equality and women’s rights,” UN Secretary-General Antonio Guterres said earlier this year.

Women are disproportionately impacted by the economic and social consequences: as victims of domestic violence, confined with their perpetrators; as unpaid caregivers in their families and communities; taking up the shortfall where schools, healthcare, and other facilities are closed or curtailed; and as employees in professions with little social security, which are dwindling at an extraordinary speed. During crises like Covid-19, women’s position as shock absorbers helps families and communities survive, but it also has long-term negative consequences for their economic security and autonomy.

We know from past crises that epidemics exacerbate disparities, particularly those based on sex and economic status, and that when economies rebound, women’s jobs recover far more slowly than men’s. Without decisive action, the pandemic has a strong chance of erasing the significant yet precarious gains made by women over the decades.

Since women are more likely to control health care positions, they are already at an elevated risk of mental health concerns as a result of caring for patients with covid 19. Increased economic hardship has resulted in an increase in child marriage and teenage pregnancies, or women may turn to transactional sex as a means of preserving their livelihood. Small, underfunded women’s organizations have increased their calls for wellness. The greatest obstacles faced by women and girls, according to depth interviews with workers in various countries, include:

·         Closures and cuts to sexual and reproductive health care programs.

·         Travel bans and other limits on movement such as lockdowns and curfews.

·         There is a lack of consistent public health advice and facts.

Because of the disasters, the UNFPA estimates that up to 7 million premature pregnancies will occur globally, with thousands of deaths from illegal abortions and difficult deliveries due to a lack of emergency treatment.

Women and girls now face even greater challenges. More sexually transmitted diseases, including HIV, have emerged as a result of disruptions in global contraceptive supply chains. Victims of abuse are more likely to suffer from a variety of emotional and physical illnesses. Children who have been exposed to family violence could be more likely to commit violence in their adult relationships. Accessing treatment for sexual harassment, even in normal times, can be exceedingly difficult due to stigma, fear of retaliation, and a lack of confidence in authority, among other factors.

While the pandemic has no end date, there is hope that the profound inequalities that remain will spur further intervention in the future. This pandemic should be viewed as an opportunity to create safer, healthier, and more sustainable communities that can provide relief and hope to all women on the planet. 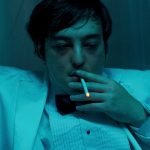 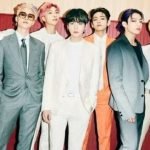