India’s GDP growth rate in a report recently released shows that it will be at negative 7.3%. This is the lowest GDP growth rate in nearly 42 years. In early 2021, India was expected to be showing a strong growth after a massive slump last year.

The pandemic of course is the reason behind the second fall. Lockdowns and vaccine shortages have all added to the troubles of maintaining a steady economic growth. It is something which hasn’t occurred in a century and hence the once-in-a-century phenomenon has crumbled the economy. The pandemic has affected the world. And only by comparing the situation and its handling can we get a better measure of how apt the government’s response was.

The new Modi government has been in India for nearly seven years by now. They won a second election and will remain in power for three more years. In the duration covered, the economy hasn’t been doing a satisfactory job even before the pandemic began. The growth rate of the country has been falling for the last couple of years and the curve only deepened and nosedived with the advent of the pandemic.

On comparing the Indian effect on economy with other nations, one can see a correlation that all the major world economies have slumped to different extents. Looking at the previous years data, India seems to be on a downward trajectory despite of being a developing country. Even a place like Bangladesh seems to have overtaken in terms of GDP per capita which is used as a rough measure of standard of living. Compare this with a country like USA or China they all are having a somewhat slowdown of growth but not to the extent of India.

One can see from the graph that India’s picture changed from around 2016-17, and this is true. In the third quarter of 2016-17 due to demonetization, the country was certainly shaken. There weren’t any recoveries but the country has been on a downward spiral ever since.

After GDP, in a short while the country cam up with new taxation system of GST scrapping off VAT. The GST was poorly planned and designed, enrolled at the worst point. Macroeconomic variables such as unemployment were on the rise to as high as 7% before the pandemic, which obviously has worsened ever since. Inflation rates have had support from falling oil prices but retail inflation in India is very high and needs to be tackled. In terms of strength of rupee, it has fallen from Rs 59 in 2014 to Rs 73 the current price.

Hence the external factors only acted as a catalyst setting off a chain of dominoes toppling each other which don’t to be stopping anytime soon. 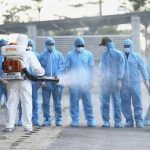 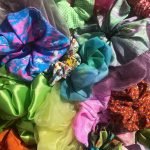