QUANTUM INTERNET – AN UNHACKABLE ONLINE WORLD
Quantum network formulae a significant constituent of quantum computing and quantum communication. A Quantum network transmits the signal or information in the form of quantum bits it is also known as qubits, between the physically parted quantum processors. Qubit or quantum bits is the basic unit of the quantum data, a quantum bit is a two-state quantum mechanical system. The size of the qubit is almost 0.2-millimeter, a sufficient size to see through a normal microscope. The main advantage of qubits is that they can store more information than bits, it is because of their distinctive feature that they can appear in two states 1,0 at the same time.

As quantum computers capable of storing and processing more qubits become more frequent, such networks of quantum computers may see more on-premises. Quantum computing capability centered in physical locations. Many of the world’s most powerful computing, internet, and cloud businesses are already been working on such machines, with Google’s announcement of plans for a Quantum Computer this week being the most recent example.

The system was created by researchers at the QuTech research center in the Netherlands, and it is made up of three quantum nodes that are entangled by the strange laws of quantum mechanics that govern subatomic particles. The first quantum networks are expected to enable a slew of computer applications previously unavailable to classical devices, such as quicker computation and enhanced cryptography. It will allow us to link quantum computers for added computing power, establish unhackable networks, and connect atomic clocks and telescopes with new levels of coordination,” said Matteo Pompili, a representative of the QuTech research panel at the Delft University of Technology in the Netherlands. The qubit is the basic unit of quantum information, much like the standard computer bit is the basic unit of conventional information.

Many of us have posted photos of our lives online. Banking, work emails, social media, dating sites, and medical records it’s all being recorded. So, the fact that the internet has a deadly security weakness is a little concerning. Don’t worry, for the time being, our data is protected. However, the encryption techniques that keep us safe online will be cracked sooner rather than later. By the use of a quantum network our data is all end to end encrypted. Any information cannot be leaked out from the quantum network.

The construction of the quantum internet is a massive and multi-faceted engineering undertaking, but the groundwork has already begun. Fiber networks are becoming more widespread. On local networks, scientists are secretly talking. There are also ideas to employ tiny satellites to facilitate long-distance quantum communication. We may all be connected to 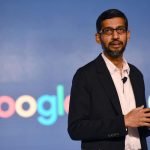 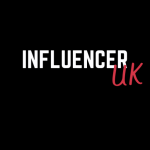