Some people are born great, others achieve greatness and some have greatness thrust upon them!!! This is the story of a man who showed the term “From rags to riches” come true!!!

Hailing from Madras, Tamil Nadu, he was like any other man with a plethora of dreams and today his name needs no introduction.

He is the CEO of Google. The man we are talking about is none other than Mr. Sundar Pichai.

He was born to Lakshmi , a sternographer and Raghunatha Pichai, an electrical engineer.  Talking of his alma mater, Pichai had completed his schooling from Jawahar Navodaya Vidyalaya and his higher secondary schooling from Vana Vani school.

An engineer by profession, he earned his degree in metallurgical engineering from the prestigious institute of IIT Kharagpur.

He always had a niche for excellence and wanted to move abroad for a better education and a brighter future.

Not many are aware of the fact that his father had spent one year’s salary on his ticket to the US.

He further did his MBA from the Wharton school of the University of Pennsylvania and an M.S from the prestigious Stanford University.

Talking of his association with Google, it started in 2004 when he joined Google and led the product management and innovation efforts for a suite which included Google Chrome, Chrome OS, Google Drive.

Sundar was also a vital cog in overseeing the operation of apps like Google Maps, Gmail and Google play services.

Pichai was also instrumental in the introduction of devices such as the Chromebook in 2012 and the video format of WebM in 2010.

He further added android to the already long list he was overseeing . Then he went on to become the director of Jive software for two years commencing from April 2011.

He was also a top contender for the CEO of Microsoft but Satya Nadella edged past him and eventually he was selected as the CEO of google in August, 2015. He also became the CEO of Alphabet.Inc, a holding company of Google.

Since then he has involved in various public and humanitarian events as well. During the Covid-19 outbreak in India,  Pichai had donated a sum of 5 Crores to aid people.

He had also pledged to make internet even more accessible in remote areas and as a result almost 40 Million people connected to internet for the first time in 2020.

Lesson from his life

He had also pledged to spend a massive sum of 1 Billion dollars to fund grants to non-profits globally.Pichai is married to Anjali Pichai and has two children. He is a devout fan of Cricket and Football.

We would fall short of words if we were to make a list of Sundar Pichai’s achievements and establishments.

The journey he has had so far is a testament of the hardwork and discipline that can change a person’s life and can take him to the summit of his abilities.

What we learn from his life is that no matter how much people think you’re worthless, give yourself a catch, defenestrate all the fears and keep moving. 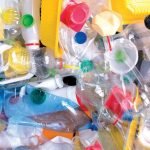 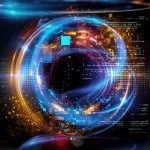