“I feel, honestly, [that] my last marriage was my first real [one],” the 42-year-old Kardashians star said on the “Goop” podcast on Tuesday, December 27. “The first one, I just don’t know what was happening. The second one, I felt like I wanted to be married so badly because all my friends were at that place and that’s where I should have been.”

“I have this fantasy in my head, like, ‘Fourth time’s a charm — it’s gonna work out,’” she added of walking down the aisle again.

After Kardashian joked that she “clearly” hasn’t found a man like her late father, Robert, Paltrow, 50, asked, “Are the guys that you’ve been attracted to — would you say fundamentally different [than your dad]?”

“Yes,” Kardashian responded. “You always look at your dad as the most unique, the most special, the smartest person. There’s definitely qualities for sure of that I’ve seen from people or what I wanted from people in the past. But that should be the standard.” 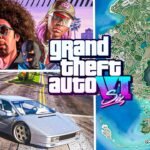