Taylor Swift’s alleged stalker has reportedly been arrested in the vestibule of her New York apartment building.

The 28-year-old Patrick Nissen had travelled to New York from his home in Nebraska by bus to track down the singer, according to reports.

Police claimed that the man had been charged with a misdemeanour for second-degree criminal trespassing after being found in her building without permission. The accused was taken into custody as he was spotted by a security guard.

The guard realised that Nissen did not have permission to be in the building and phoned police, who arrested him at the scene.

According to police, he was in love with the singer, who was not home at the time, and is said to have photos of her on his Instagram page.

In April, a 52-year-old man was also arrested outside Tayler Swift’s home in New York after attempting to enter the building, claiming to police that he had spoken to the star in Instagram. 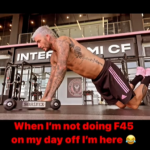