David Beckham was that footballer who was a heartthrob all over the world and even after years of retirement, his fan following has not diminished. Beckham had the perfect free kick, perfect game and the perfect style. Even today, at 46 years of age, Beckham has the great looks, impeccable style and outstandingly chiseled body. Beckham even became the new global ambassador for the Australian fitness company, F45 Training Holdings Inc recently.

Beckham vowed his fans with a killer workout routine and while he did that, he showed off his tattooed body and perfect abs. As the global ambassador of F45, Beckham will now be seen doing the iconic 45-minute workouts as he helps to “communicate the benefits” of exercising and share the brand’s “fitness philosophy”.

Beckham took to Instagram to share a video of him performing the ab wheels rollouts, flaunting his athletic prowess. The video was shot in the Inter Miami CF gym, a club that Beckham owns.

Beckham is sporting a stubble and short hair and has it coloured to silver. He is wearing black coloured shots, black socks and pink shoes as he performs the workout routine. 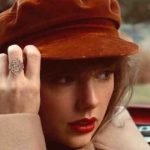 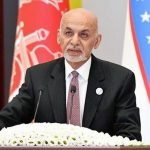