As part of a cooperation with Vertical Aerospace, Virgin Atlantic is looking forward to launching a flying taxi service. According to the airline, electric vertical take-off and landing vehicles (eVTOL) may travel from communities to large airports. This year, Vertical Aerospace will perform test flights of their aircraft. According to one analyst, the idea is “less extreme” than that of other air taxi businesses.

What is the concept?

Several businesses have proposed autonomous “flying taxis” that would pick up people from city center roofs and transport them anywhere. Virgin Atlantic’s idea is a gentler version. It has been proposed that an eVTOL aircraft pick up passengers in cities like Cambridge and fly them to larger airports like London Heathrow. Vertical Aerospace claims that their VA-X4 vehicle will be able to transport four people and a pilot. In fact, the business says that while cruising, it would be “almost quiet.”

Is it possible to have flying taxis?

The aircraft would have to fly to and from authorized sites like helipads or airports because of its 15m wings. The VA-X4 will be subjected to rigorous safety and regulatory inspections, just like any other aircraft. Slovenia’s Pipistrel Velis, according to Dr. Guy Gratton, associate professor of aviation and the environment at Cranfield University, was an excellent example of what a contemporary electric plane may do.

“For around an hour and a quarter of the flying time, the Velis can carry two passengers and half a toothbrush. That’s a conventional plane, so it’s fairly efficient to anything that takes off and lands vertically. He stated that though the VA-X4 will be quieter than a helicopter, the “rotors and wings will still create noise in forwarding flight”. When cruising overhead, Mr. Cervenka intends it to sound no louder than a refrigerator from the ground. He told that rather than waiting for the creation of a “magical new battery,” the company can do it using current technology.

Additional opulent pictures of air taxis transporting people from one building to the next. On the other hand, would need new air-traffic management technology, public acceptance of more planes in cities, automation advances, and legislative reform that may take a decade. 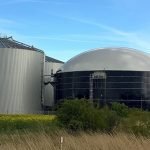