Who are the ‘Uyghurs’?

Uyghurs are regional minority people native to Xinjiang Uyghur Autonomous Region (XUAR) in Northwest China. They are one of the 55 ethnically recognised minorities by the Chinese government. The Uyghur territories have existed independently or ruled by Mongols and other ethnicities over centuries, historically. Uyghurs has been Islamised over time, following Islamic rituals and beliefs. Since the 16th century, Islam has become a part of the Uyghur identity.

They identify themselves more with the people of central Asia and have their own language which is quite similar to the Turkish language. This influence may have been due to the Turkic polities which the region had been under back then. Recently there has been a decline in the Uyghur population and an increase in Han Chinese (Chinese minority) which is due to mass migration into the area. This mass migration of the Han Chinese is a scenario quite similar to the issue of a decrease in ethnic minorities (Tibetans) in Tibet. Despite this, there are claims that the Uyghurs moved into the Han Chinese area and populate it.

What is the issue?

In recent times, there has been a series of accusations against the CCP. The accusation started with the setting up of Xinjiang Vocational Education and Training Centres which are internment camps with the main goal of adhering to Chinese ideologies. These internment camps were set up under General Secretary, Xi Jinping’s administration. Millions have been registered till 2017.

Several countries have accused the country of committing genocide with its internment camps. The term genocide is used as there have been reports of mass sterilisation of Uyghur women in the camps to decrease population and further increase the Uyghur people. There have also been reports of separation of families.

The Chinese were holding up to a million people in “counter-extremism centres” in Xinjiang.

What is the situation of Uyghurs today?

On 8 March 2021, the US-based nonpartisan think tank Newlines Institute released what was in their words “the first independent expert application of the 1948 Genocide Convention to the ongoing treatment of the Uyghurs in China.”

The report concluded “that China is responsible for breaches of each provision of Article II of the Convention” and “bears State responsibility for an ongoing genocide against the Uyghurs, in breach of the Genocide Convention.” 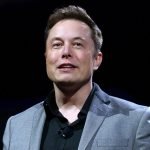 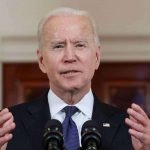