Friends are sitcom series created by David Crane and Martha Kauffman which is on aired in 1994 but still streaming in the top 10 list of Netflix. Friends is an American-based sitcom series that follow the lives of six heedless adults living in Manhattan, New York City. Six of them give themselves up to adventures which makes their life more interesting and troublesome. Friends are one of the most-watched series of all time with an IMDb rating of 8.9 out of 10. There are 10 seasons and 236 episodes in total. Friends is an American sitcom series with an ensemble cast starring Jennifer Aniston, Matthew Perry, Matt LeBlanc, Courtney Cox, Lisa Kudrow, and David Schwimmer. Friends have become one of the most popular television series of all time throughout its run. Recently, the cast had a reunion which revokes excitement in the fans.

Stranger things, an American-based drama, science fiction series created by the Duffer brothers. Stranger things are one of the topmost rated series which streaming on Netflix with an IMDb rating of 8.7 out of 10. There is a total of 3 seasons and 25 episodes. The final season is about to release this year, the fans are anticipating for the series to be aired. The storyline of this series is that in the early 1980s a group of teenage friends witness supernatural forces and secret government organizations. As they try to solve this case the teenage friends unravel a series of mysteries. Starring Winona Ryder, David Harbor, Finn Wolfhard, Millie Bobby Brown, Noah Schnapp, Natalie Ryder, etc. Stranger things manage to become popular among the younger audience within a short span of time.

Lucifer is a mystery, drama series based on the characters created for Detective Comics (DC) by Neil Gaiman, Sam Keith, Mike Drigenberg. The recently released final part of the series is currently trending on Netflix since the 28th of May, 2021. The series mainly focuses on the devil Lucifer Morningstar; the series describes Lucifer as an urban legend superhero with a sense of humor. The concept of the devil himself investigating crimes as a police consultant is more than ordinary. When combined with angels and demons, the show makes the audience experience alternate levels of emotions. Starring Tom Ellis as the sexy devil, and Lauren Germen, his loyal detective. Dennis Haysbert plays the fun and humane God. Now it is one of the most streaming shows on Netflix.

Global pandemic took a toll on the lives of people as they were confined to their homes. Netflix and other OTT platforms provided the public with a much-needed change from their monotonous routine. 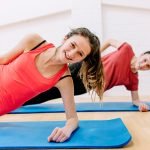 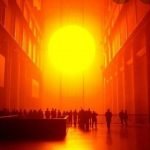