Anubhav Dubey has started the business of selling tea and made a turnover of more than 100 Crores at the young age of 22.

He started this business with his friend Anand Nayak without letting his father know about it.
Currently, his tea selling shop has converted into around 145 tea outlets. Majority of outlets are present in India along with each outlet in Dubai as well as Muscat.

Anubhav belongs in a small town of Rewa city of Madhya Pradesh. He completed his studies till 8th class from Maharishi Vidya Mandir which is a local school.

As he belongs to a lower middle-class family, he shared few incidents from his childhood: (i)He only had one set of white school uniform which his mother used to wash daily to wear same. (ii) Till 5th class, he used to write only with pencils so that his mother erases the whole notebook to use same again.

He continued his further education after class 8th at convent school and later got admission in Columbia convent due to improvement in financial conditions. But his family doesn’t have finances enough to let other children study.

Here in the convent school, he met with his friend Anand Nayak in class 11th who later became a partner in this business also.
He completed his graduation from Renaissance College of Commerce and Management, Indore(2004).

After college, all friends got busy in their life. At this point of time, Anubhav went to Delhi for the preparation of the civil services exam while Anand joined his Brother-in-law in his garment business.

In 2016, Anand contacted Anubhav and informed him that they have to start something together again.

Without thinking much, Anubhav took a train from Delhi to Indore and started brainstorming about their business.

Finally, they come to a conclusion and decided to name it as Chai Sutta Bar. The logic behind this was it strikes in the mind of youngster easily.

Also, the attention span of people has reduced a lot due to short content like reels, so it was important to choose the name wisely.

Then they arranged a small tea shop near Bhanwar Kuwa Street, opposite to Girl’s hostel.

This location has a large tree and was perfect for their visualized company. Also they managed to save the cost of doing most of the things themselves including the marketing aspect.

How They Started Getting Customers?

On opening day, they offered free tea to passerby and used all types of marketing strategies to promote their outlet.

They also called their school and college friends for a visit. Later this area became a buzz and topic of interest with young crowd.

Chai Sutta bar served 7 different flavors of Tea, out of which Chocolate tea was loved by the majority of youth. Other popular flavors include the traditional masala, cardamom Tea(chai ) ginger, and a special paan flavored Tea.

The range of these tea varies from Rs 10 and Rs 200. They also offer various ranges of items like Maggi sandwiches, etc. Within three months they decided to start their second outlet.

Now this company has rapidly expanded its franchise outlet and charges Rs 6 lakh as a fee for each outlet.
The founder of Chai Sutta Bar has also told that despite lockdown, none of the outlets suffered.
This is the story of Anubhav Dubey who became rich in his early 20s. 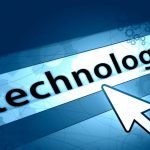 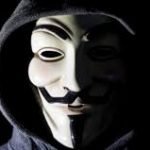