By his position, Elon Musk exerts a strong influence on the value of cryptocurrencies, such as Bitcoin, and the world in general. After all, depending on what you say, that one oscillates impressively. Indeed, if there are those who find this ability funny, there are also those who do not. For example, the very interventionist hacker group ‘Anonymous’.

The one who threatened Elon Musk, in video, after the multimillionaire’s tweets affected the value of Bitcoin.

They address the world several times, with messages that are usually interventional. This time, it wasn’t the world, but Elon Musk. Hacker group ‘Anonymous’ released a video threatening the multimillionaire after some tweets that affected the value of Bitcoin.

For the past few weeks, Musk has been very critical of Bitcoin issues. As it could not be otherwise, due to the habit he has already created, he started leaving small tweets about the cryptocurrency, giving his opinion, subtly. Now, as is also customary, these subtle opinions have a huge weight in what is the value of the cryptocurrency.

And it is exactly in this sense that the video for ‘Anonymous’ appears: to warn Elon Musk about his influence and about the carelessness in relation to it, promoting oscillations that harm lives.

In a video, ‘Anonymous’ stated that Elon Musk has too much power in his hands and that his attitude towards the cryptocurrency market is a game that is harming many lives. As the group’s spokesman noted, Musk does not understand the millions of retail investors who rely on their cryptocurrency earnings to improve their lives, because they were born rich.

Although Elon Musk presents himself as a passionate person and concerned about the environment, ‘Anonymous’ mentioned that the desire to save the world is deeply rooted in a “superiority and savior complex”.

During the video, they refer to the lack of empathy for the working class, due to the lack of conditions to which their employees are subjected. More than that, they reveal that Musk owns a lithium mine abroad with children serving as servants.

Finally, ‘Anonymous’ left Musk a warning that  he has already found his opponent . 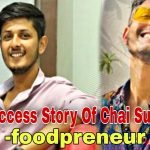 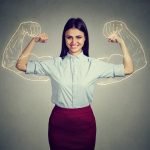