Astronomy has come a long way since humankind stepped on the Moon. A new planet named TOI-1231 b was discovered by the scientist at NASA on June 3, 2021.

A planet 90 light-years from Earth has a strange resemblance to our own Neptune – that is, a gaseous globe with a potentially rich atmosphere. The planet is more than three and half times the size of Earth and is 134 degrees Fahrenheit hot by Earth’s standards, that is 57 degrees Celsius making it one of the coolest, smallest exoplanets discovered so far. However, astronomers say it is one of the “coolest,” comparatively small planets discovered so far, and it is in an ideal location for space observatories to peel apart the components of its atmosphere.

According to The Independent, Nasa identified exoplanet TOI-1231 b circling an M dwarf star, also known as a red dwarf. Because the red dwarf itself is less potent, the planet, a temperate sub-Neptune-sized entity with a 24-day orbit, has a temperature similar to our Earth. Given the circumstances, clouds could be present high in the atmosphere, according to Nasa scientists. They also speculated that the planet may contain traces of water. Nasa experts declared that the planet TOI-1231b might have a dense water vapor atmosphere or massive hydrogen or hydrogen-helium atmosphere. Each of these would help astronomers understand how planets near M dwarf stars vary from planets around our Sun in terms of formation.

TOI-1231 b circles a red dwarf star that is smaller yet, and has a longer life span than our Sun. With a year, that is 24 days long once it has completed one orbit around the star. Despite its close orbit, the planet remains relatively chilly since its star is also on the cool side. This will enable comparisons with similar worlds elsewhere in the galaxy, perhaps revealing new information on the composition and genesis of exoplanets and planetary systems, including our own.

A new era in exoplanet research is just beginning, as we go from just identifying and counting these planets to focusing on specific worlds and studying their atmospheres. Scientists should be able to use the Hubble Space Telescope – and soon the even more sensitive James Webb Space Telescope – to catch starlight shining through the atmosphere of TOI-1231 b using a method, often referred to as transmission spectroscopy. Molecules in the atmosphere of this planet absorb slices of light from this spectrum, creating black lines that may be scanned like a barcode to reveal which gases are there.

Though small, the planet’s red dwarf star shines brightly in the infrared section of the light spectrum, which is light beyond the red end of the spectrum that cannot be seen with the human eye. It is, nevertheless, suitable for Hubble and Webb to investigate. TOI-1231b crosses the face of its star from Earth’s perspective, which allowed NASA’s Transiting Exoplanet Survey Satellite to find it in the first place (TESS). And there’s that “transit” crossing. The transit takes nearly three and half hours, enough time to capture and analyze starlight shining through the atmosphere of the planet.

In a recent study by a group of astronomers headed by Dr. Jennifer Burt, an exoplanet scholar at NASA’s Jet Propulsion Laboratory in Southern California, and Professor Diana Dragomir, an exoplanet investigator at the University of New Mexico, declared the finding of TOI-1231 busing data from TESS. On June 3, 2021, the discovery was added to NASA’s Exoplanet Archive. 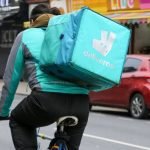 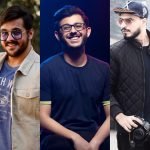