US space agency Nasa is praising an amateur stargazer for an image he and two others have taken of a cosmic bubble. Cirencester’s Russell Discombe, Colorado’s Joe Navara, and Essex’s Glenn Clouder spent 30 hours shooting the Crescent Nebula. Therefore, Nasa named the image Astronomy Picture of the Day (APOD) on June 17th. Also, Mr. Discombe, a sports lecturer, exclaims that their photograph is a “big shock”.

Accordingly, to contribute to its library, the space agency selects the best photographs from throughout the world, including those from professional and state-run organizations.

The China National Space Administration has previously been dubbed APOD for an image of its new rover landing on Mars. Mr. Discombe, who also has his own astronomy YouTube channel, said this was the first time he has worked with other astronomy lovers in this fashion.

“I took five-minute exposures, Jo and Glen took ten-minute exposures, and you have to combine numerous exposures,” he explained. “Getting the intricacy of the nebula is pretty difficult”. A nebula is a huge cloud of dust and gas that is made by the explosion of a dead star or by areas where new stars get made. “We didn’t set out to create an extraordinary image; it was just a bit of fun and good to collaborate with other like-minded folks,” he continued. “This is just a little something kind of a bonus”. 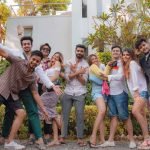 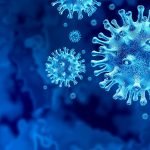