We all know what is a nano car. The car had a significant feature of small size. Likewise there is a technology called nanotechnology.

Working with nanoscopic level particles is called nanotechnology. This technology is so greatly effective. In the future it will be everywhere.

It’s pretty difficult to imagine how small a nanometer is? A single sheet of paper is seventy-five thousand nanometers thick. A hair is around fifty thousand millimeters thick.

We got an idea that nano is super tiny. Then the question came why we are working on these nanoparticles.

The answer will be the Universe in which we live. we can also make many things interesting and useful at the same time.

Moving into the nanoscale can make your work with the latest domains of physics. Which is excluded from other scales. Nanoscience and nanotechnologies can be used to reshape the world around us in a good way.

We know that everything on the Earth is made up of atoms. The food we eat, the clothes we wear, the building, the houses, and our bodies.

These all are having the smallest unit called atoms and nanotechnology works on that. With nanotechnology, it is possible to manipulate the atoms and taken advantage of this.

Clear nanoscale films on glasses and other services to make them water-resistant. Scratch-resistant or anti-reflective.
Cars, trucks, airplanes, boats and spacecraft can be made out of increasingly lightweight materials.

Increasing faster system has been made possible by nanoscale magnetic tunnel junctions. They can quickly and effectively save data during system shutdown.

Nanotechnology has a key role in the agricultural field to increase the production value.

Nanotechnology is now been researching how to deal with the crises of waste products, environmental pollution, and water management.

Smartphones are made smarter than earlier. By adding so many features as nano generates to charge phones while we walk.

The size computer chips are made very tiny in size to increase the memory capacity.

Drugs are made in a certain way that they will be responded to by a specific target organ in a specific limit of time. Which makes the treatment more effective than ever before.

Nanotechnology is now developing the concept of computer-generating devices. It gives a dynamic view for the advancement of these technologies.

It becomes smaller and more portable systems. Which is possible by transistors that enable all the modern computers to reduce their size.

The best result of having nanotechnology is that the products will be smaller in size, lighter in weight, and cost-friendly.

What are the Results of nanotechnology?

Everywhere, there are numerous commercial products on the market that you use daily. They wouldn’t have been existing in the same way without having this nanotechnological work within this. 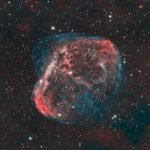