Euthanasia is also known as the right to end one’s life or assisted suicide. This may sound grim at first but has a deeper significance to it. The practice of euthanasia is used to help terminally ill patients in severe and agonizing pain to achieve peace. It does not give just anyone the right to cyanide pills. There is a genuine and bona fide reason behind euthanasia.

There is a widespread debate on whether euthanasia should be legal or not. Most people against it say that palliative care might suffice or anyone with however much the suffering. But a great deal of it stems from religious roots. As the religions were written a long time ago a number of concepts in it are outdated or let’s say not up-to-date.

Many of the people who opt for euthanasia are those who are diagnosed with ailments that will cause the patient to die eventually. So, if the person is going to die why would they opt for euthanasia? The answer is because things with these ailments get nasty, the death is a slow painful and extremely excruciating one. The supporters of the right to assisted death say that this process helps rid the person of the agonizing part and let’s them die with dignity.

“In a certain state it is indecent to live longer.”

The people who oppose the bill to euthanasia because of factual reasons point out a number of arguments. Firstly, they say that it undermines the value of life and that it might end up in people encouraging others to undergo the process. Saying to someone that their life is going to be worthless can be defeating and depressing.

Whether its euthanasia or abortion, there is a more philosophical debate on what life means. People back up with factual statements to mostly justify what is basically one’s personal moral judgement. There are many people with severe diseases who did not take their lives but believe that one should still have the option to. There’s also a psychological puzzle of what’s called a ‘button’ meaning that just having an option available at all times gives a person relief about the worst-case scenario. Countries like Switzerland and Belgium have legalized this practice and since then many others have followed, it is likely that more democracies will allow the practice.

“I think those who have a terminal illness and are in great pain should have the right to choose to end their own life, and those that help them should be free from prosecution.” 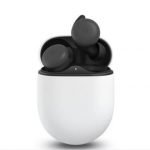 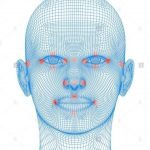