Clubhouse is currently one of the most popular audio-based apps. This app has decreased the barrier of creating content as well as having a conversation.

Other forms of content Writing blogs, making videos, etc. might require skills but now with help of this app joining a voice conversation became easier than having a selfie.

Clubhouse was founded by Paul Davison and Rohan Seth in 2019 and was initially started for purpose of Podcast.

Later in march 2020, this app was launched officially with a new name called ‘Clubhouse’. In just one year of launching the app, it has an active user of approx. 10 Million per week.

In January 2021, the app has announced to work for the launching of Android version.

Currently, you can’t directly download and use the clubhouse app. To use this app, you need an invitation from existing users which you can find from various other platforms.

Earlier clubhouse was available only for iOS users but now it is also available for android users but only in a specific country like America.

But as Clubhouse is already taking lead in the audio-based app so its creativity and new feature might always make it ahead.

Having Niche Based Audience

Due to new features of audio-based, Clubhouse is getting quite popular and everyone is heading towards it.

It might also be possible that it can become a great network for connecting all types of creators having same thought process.

The concept of podcasts in rooms along with celebrities can become one of the strongest reasons for its massive success.

When Elon Musk, Zuckerberg joined Clubhouse, it has offered ‘surprise and delight’ and similarly if more celebrities keep coming then there are high chances of better survival for the clubhouse.

What Makes Clubhouse Stand From Other Apps?

The fact that instead of focusing on image or video like other apps, clubhouse is focusing on voice/audio only. This is the first app where content on faces, pictures, videos, written comments, etc. doesn’t matter. The app-based on only one thing i.e, voice.

Another interesting feature of this app is its UI which is extremely simple and easy to use.

With the app getting more new users day by day, developers are also updating its UI, icon, and featuring images.

Along with these, it has also feature to minimize the app and use other apps without getting disconnected your place from the chatroom.

With the gaining popularity of this app, many other popular apps are adding this feature based on voice which is giving tough competition to clubhose. Here is the list of apps that can prove as a hurdle in the growth of this app. 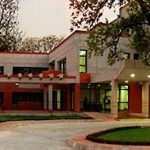