Apple Inc. has engaged a former CEO of BMW AG, Ulrich Kranz, to support the management of its own automotive ambitions, according to people familiar with the situation. Kranz was employed as CEO of Canoo Inc, a self-driving electric car developer, in recent weeks only a month after he joined the technology behemoth. 30 years before the co-foundation of Canoo for BMW, Kranz served as the Group’s senior vice president for i3 and i8 cars.

Kranz is one of Apple’s most senior automobile manufacturers. It says the iPhone company plans to develop an electric self-drive automobile for Tesla Inc. and other car manufacturers. Kranz tells the crowd that Doug Field will manage the development of Tesla’s Model 3 mass-market and now handle Apple’s automotive project. Apple is now the most precious company in the world with over $2 trillion of market capitalization through selling iPhones, iPads, Apple Watches, Macs, and services. The company has focussed on autos and real-world headsets with investors and customers yearning for new goods.

Apple started building a vehicle in 2014, but in 2016 it focused on an autonomous platform that could be sold or used by other companies. On its way, Apple grabbed several Tesla managers, who are now helping to develop driving, self-driving software, and interior and exterior engineering. John Giannandrea, a senior machine learning vice president and Field head, received control over the business last year from Apple. Apple started its efforts to construct a full-speed electric automobile a few months ago, but work remained in the early phases.

Following successful stints at BMW’s Mini division and teams working on sports cars and SUVs, Kranz was asked to run Project I, a battery-powered vehicle skunkworks started in 2008. It yielded the all-electric i3 compact and the plug-in hybrid i8 sports car. The former was panned by design critics, and production was very limited on the latter. Apple lost some key car managers before hiring Kranz. All Benjamin Lyon, Dave Scott, and Jaime Waydo, have left in the last few months, respectively, working on engineering, safety systems, and robots. Why the three departed is unclear.

After successful periods in BMWs Mini and the teams of sports cars and SUVs, a battery-powered vehicle skunkworks formed in 2008 was requested by Kranz to be running Project I. The tiny all-electric i3 and hybrid plug-in i8 have been delivered. The former was criticized by designers while the latter was produced extremely limited.

In 2016, Kranz departed BMW, and subsequently became a chief technical officer at Faraday Future, a Los Angeles-based electric vehicle company. Before co-founding Canoo, he remained barely three months. Both companies had a hard time with technology and car production skills, while Canoo apparently talked about selling to Apple as well as others.

In December, Canoo went publicly following a reverse merger with Hennessy Capital Acquisition Corp (HPAC) a special purpose acquisition business. The US Securities and Exchange Commission investigated Canoo last month and became the third clean-energy car start-up to reveal a government test in the previous year. Canoo said it was probed. For less than $35,000, Canoo is planning to introduce this minibus next year. 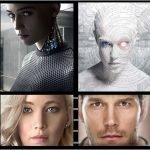 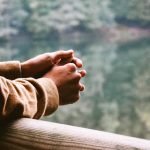