It has been more than one year that we are having a worldwide pandemic. In many countries still, people are asked to be in quarantine. kids are to continue their studies online. It is very difficult for parents to convenience their child to stay indoors. Hence, here is a list of movies you can watch with your kids, making them engage indoors. But do watch screen time of your kid, a lot of screen time can cause problems.

Over the moon is available on Netflix. It is a computer-animated musical fantasy film. It is a story about a girl who builds a rocket ship to meet a mythical goddess on the moon. The girl is overcoming the grief of her mother and which takes her to adventure over the moon. It is a beautiful movie that celebrates Chinese culture.

The Spiderwick Chronicles is a fantasy adventure theme-based movie. It is based on the book series of The Spiderwick Chronicles by Holly Black and Tony DiTerlizzi. It is a family movie in which twin brothers Jared and Simon grace move into Spiderwick Estate with their mother and sister. In this movie first, they all were fighting. But when they discovered themselves in danger as they were surrounded by magical creatures they all came together and fight as a family in order to protect each other.

It is the story of an orphan, who lives inside a Paris train station. He eludes the rigid stationmaster. He meets a legendary filmmaker and finds the key to unlock his destiny. He is a young boy, who loves pottering around with the station clocks and whose most treasured possession is his late father’s automaton. His mission is to find a key that will get it working.

Hotel Transylvania is a hotel owned by Dracula. He is an overprotective dad. He becomes cautious when an unwelcomed suitor shows interest in his teenage daughter. He reunites with his favorite monsters for an all-new adventure that presents Drac with his most terrifying task yet. Drac, stripped of his powers, and an exuberant Johnny, loving life as a monster, must team up and race across the globe to find a cure before it’s too late, and before they drive each other crazy. With help from Mavis and the hilariously human Drac Pack, the heat is on to find a way to switch themselves back before their transformations become permanent.

Smurfs is a Belgian comic franchise centered on a fictional colony of small, blue, humanoid creatures who live in mushroom-shaped houses in the forest. There are more than 100 Smurf characters, and their names are based on adjectives that emphasize their characteristics, such as “Jokey Smurf”, who likes to play practical jokes on his fellow smurfs. The Smurfs wear Phrygian caps, which came to represent freedom during the modern era.

The Little family adopts a brother for their son, George, in the form of Stuart, a mouse who can talk and be just like humans. But Stuart’s arrival is not taken too well by Snowbell, the house cat. This is a terrific movie for families who can overlook the humor and profanity. Stuart, created entirely through computer graphics, is perfectly integrated into the live action, especially the exciting boat race and chase sequences.

The Adventures of Tintin is an action-packed movie. Tintin is a young reporter. Tintin and his friends discover directions to a sunken ship commanded by Capt. Haddock’s ancestor and go off on a treasure hunt. It is directed by Steven Spielberg. Kids love Tintin as the movie is a great family movie with fun, excitement, and plot perfected. 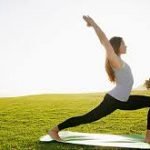 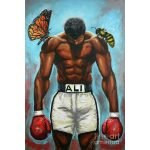