The greatest, The People’s Champion, The Louisville Lip- three powerful titles for one person alone. Muhammad Ali achieved this title in his 74 years of life as an American Professional Boxer, activist, entertainer, poet, and philanthropist.

Muhammad Ali was born and raised in Louisville, Kentucky in U.S.. His family named him

Earlier Muhammad Ali was known by the name Clay. At a young age, Clay wasn’t afraid of stepping into a fight or beating someone up. Growing up in the south, he faced discrimination and racial prejudice. At the age of 12, he started learning boxing by Joe Martin who was a police officer and was also used to train young boxers about fighting and boxing. Clay began training as an amateur boxer at a local gym. in 1960 at the age of 18, Clay won the gold medal in the Light Heavyweight division at the 1960 SUMMER Olympics. After winning the Olympics, he began his professional career as a boxer.

In 1961, Clay converted himself into a Muslim. He changed his name and announced that he will no longer be known as Cassius Clay. March 1964 he made a clear announcement that now further he will be known as Muhammad Ali. He converted to Islam during the 1970s. In 1966, Ali refused to serve on the grounds of the Vietnam War. He was a practicing Muslim Minister with his religious beliefs and ethics that prevented him from fighting. Ali was later arrested by the U.S. Department of Justice as they filed a legal case against Muhammad Ali. He was found guilty and was sentenced to five years in jail. All of his boxing titles were taken away from him. He was free after appealing his conviction. Ali returned to his athletic career in 1970. He missed more than three years and was not able to compete professionally in the meantime.

Muhammad Ali was 6 feet and 3 inches tall (191cm). He praises and boosts himself before busting into a fight. Ali often told the reporters that he could “float like a butterfly, sting like a bee”. before his retirement, Muhammad Ali had a career record of 56 wins and 5 losses. All over 37 knockouts in his career. His final loss to Trevor Berbick was the end of his career. He made a retirement at the age of 39 in 1981. After his retirement, he focused on religion, philanthropy, and activism.

In 1975, Ali won the grudge match with Joe Frazier and this fight was titled the biggest boxing event of all time and the Thrilla in Manila. His fight with George Foreman made a record of an estimated television audience of 1 billion viewers worldwide. Other than a boxer, he was an actor, writer and released two autobiographies.

Ali was married to four wives. He got divorced from his first three wives while remained married to his last and fourth wife. He has altogether 9 children. In 1984 he was diagnosed with boxing-related issues. He was a public figure globally but due to his condition, he made a less public appearance. Finally, on June 3, 2016, he died at the age of 74. He died in peace with the care of his all family members. 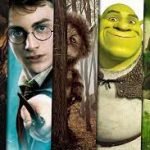 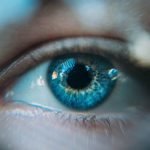