The hype for television cartoons have drastically come down since OTT has come in the market. 3 of those cartoons are;

Oswald is a children’s animated television series co-produced by Nickelodeon jr. and HIT Entertainment. The series is set in a big beautiful city populated by anthropomorphic animals. Each episode showcases the daily experiences of an anthropomorphic blue octopus named Oswald and his cute little pet dog, Weenie. It shows how their life is colorful and cheerful in a whimsically designed community.

Noddy is a fictional character created by the famous author, Enid Blyton. The first even show explains Noddy’s origin where he is created by a woodcarver in a toy store but runs away after he sees his creator making a wooden lion. As he wanders around he comes across many other characters who soon become his good friends. The show involves moral stories along with music videos and is a perfect time pass for your kids.

Bob the Builder is a British animated children’s television program created by Keith Chapman. The whole show revolves around the day-to-day adventures of Bob, his friends, and their gang of anthropomorphized work vehicles and equipment. In each episode, Bob and his gang help with various renovations, construction, and repairs and with other projects as needed by the people. Bob’s catchphrase is “Can we fix it?” to which all the other characters respond with excitement “Yes we can!” 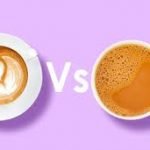 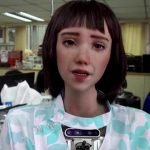