In this world of the Internet, everybody someone keeps going in trends. Reasons for trending might be positive as well as negative. We may forget these trending people with time, but there are many people who make their remarks in the particular industry.

So now let’s dive into this topic and discuss the most famous person in 2021.

Who is the most famous Person right now in 2021?

It is currently visible that Elon Musk is the most Famous Person right now in 2021. Main reason behind is his tweets which makes drastic change in stock market and prices of cryptocurrency like bitcoin, Dogecoin ,etc.

Now a days he is more popular due to his tweets about Doge coin where he refer it as future of currency.

Elon Musk is founder and CEO of companies like Tesla, Space X and The boring company. He also performs various roles like Chief Designer, Product architect, early investor,etc. Along with this he is also co founder of Neuralink and open AI.

He is working on various projects which mainly focused on his aim to revolutionize travel on earth (Car making company Tesla) as well as space( SpaceX).

On January 20, 2021, Jon Biden became the 46th president of the United States and he was the most googled person of 2021. He was also rewarded the Presidential Medal of Freedom by Obama.

During the US Presidential elections in 2020, he was supported by many celebrities who campaigned against Donald Trump. Finally won the election and become sixth younger senator at age of 30.

Jeff Bezos has been titled as Richest Man of modern era having worth more than $200 Billion(according to Forbes). He is known as CEO and President of the multinational company Amazon.

He is currently the richest person on Earth. Along with Amazon, he has also been involved in many other projects like Blue Origin( his aerospace company), The Washington Post, etc.

Dwayne Johnson, The Rock, is one of the most famous and successful personalities in the world. He is also one of the highest-grossing actors in 2020 with net worth of around $320 Million.

Before entering in the world of films and acting, he has been also rewarded with the title of WWE champion Wrestler. His post and videos of workout on his social media like Instagram makes him most influential person globally.

Bill Gates is chairperson and founder of the world’s largest software company named Microsoft. He is third wealthiest person in the world with a net worth of $113.7 billion till November 2020.

Along with Microsoft Company, he also works on other like Bill and Melinda Gates Foundation which funds money for research regarding Dengue, thus saving many lives.

Kylie Jenner has been listed as the Youngest billionaire in 2019. She always stayed in limelight due to her family popularity and star in the popular ‘Keeping Up With Kardashian Show’.

Later she launched her business Kylie Cosmetics and earned millions from her most famous product Kylie Lip Kit. 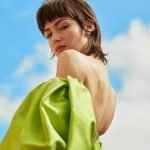 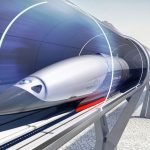