These days a Hollywood film is any big budget American movie. Action, comedy, romance, thriller, science fiction,musical, they have it all. Hollywood movies has always been thrilling, entertaining and has set the example for other film industries.

There are some Hollywood movies that touched people’s heart like never before. The storyline, screenplay, cast, action, direction have gathered remarkable appreciations from viewers. Here are the top 5 IMDb rated movies that are worth watching.

This is a movie that stands the taste of time and still resonates with viewers. The action, storyline, incredible acting, great ending made this movie the highest rated one.

Directed by Frank Darabont and the story by Stephen King. The movie applauded by many film critics. The dialogues from this movie got much appreciation.

The unpredictable storyline makes the movie more interesting. No doubt this movie holds the number one spot in the highest IMDb rating of 9.3.

This classic movie holds the IMDb rating of 9.2. This is an revolutionary movie. Got so many titles in so many formats in it’s bag.  At a single line this movie was a smashing hit of all time. This movie is based on mafia and underworld.
The storyline, acting and the direction of the movies was so up to mark. Which popup the movie into a next level. It spotlights an incredible cast of stunning performers. Clearly a masterpiece!

This movie is a sequel of all time classic movie “The God father”. Based on crime drama this movie got so many appreciation between movie critics.
Superbly written storyline and amazing acting by the actors made this movie an art!.
This movie is called a sequel.
A real and an honest sequel to watch. You will get the joy of watching this picture rated 9.0 on IMDb.

This movie received so many awards. And the use of its stunning performance is rated as 9.0 by IMDb.  You are not a cinema lover if you don’t like this movie.

This movie is so well plotted . The characterization of the protagonist is next level. His movies always left a remarkable impression on you after the you watch it. The acting of joker adds oregano to the movie.

This movie is a perfect combination of great script, fantastic acting. Brilliant and legendary direction has done.
This movie is directed by Sidney Lumet , story and screenplay by Reginald Rose.
This movie focuses on story, character, screenplay and conflict. This sensible, one set and wordy courtroom drama makes this movie rated 8.9 on IMDb. Worth watching.

This splendidly written horror movie is directed by Steven Spielberg. This movie plot can be best described as chilling.

Thedirector of this film gave a close view on the historical details . The film has been shot in black and white and the director took this Opportunity to highlight some key scenes.
The final scene is depicted in color. This film is called the Holocaust.
A masterpiece in every facet. This movie got 8.9 on IMDb.

This fantasy movie is best of all. The story and the characterization, everything is so perfect .This is a greatest fantastic trilogy in history of cinema.

This movie won 11 academic awards for its thrilling performance. This movie has suspense battles, excellent music, unpredictable dialogues.
No film can bring the viewers so close to epicness and emotions like this one. This movie got an IMDb rating of 8.9 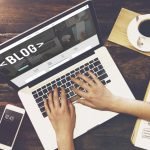 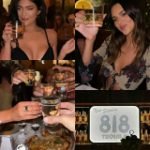