People across the world saw the big super moon event on Wednesday, May 26. The moon appeared blood red in some parts of the globe due to the total lunar eclipse.

Lunar eclipses take place when Earth’s shadow blocks the light from the Sun. This leads to the Moon coming under Earth’s penumbra, resulting in a partial or full lunar eclipse.

The May 26 event was a total lunar eclipse in which the moon reached the closest point in Earth’s orbit. Every year there are days when the Sun, Moon, and Earth align in a straight line that leads to lunar and solar eclipses. People also believe that an eclipse can have an impact on 12 zodiac signs along with the country and the world.

It lasted about 14½ minutes, and was visible from western parts of the Americas and the Pacific. Across the Western United States, totality coincided in moonset as the sun rose Wednesday morning; in Australia, it was an evening eclipse, with the moon rising during totality.

The next official  total lunar eclipse will take place on May 15-16, 2022 and will be best observable from western parts of Europe and Africa, and most of the Americas. 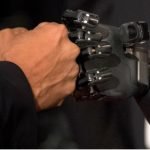 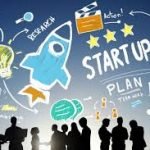